The Gender Pay Gap is Real – How Do We Close It Once and for all? 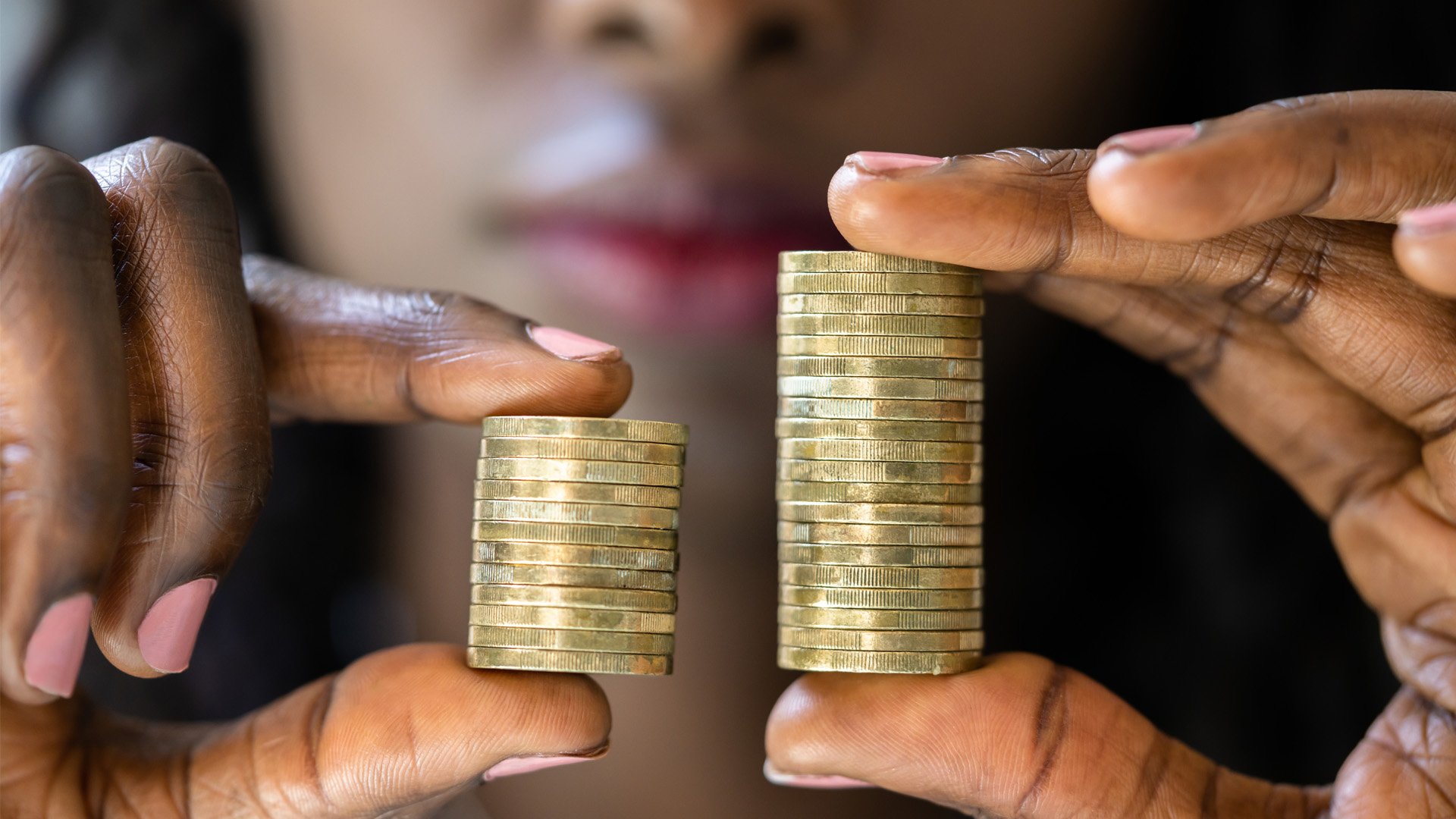 There is a day regarded with solemnity in the U.S. called Equal Pay Day. It falls on a different day every year because it reflects how many extra days women have to work to equal the earnings of men the previous year. In 2022, it fell on March 15. The U.S. might have passed the Equal Pay Act over 50 years ago, but across all industries and especially STEM industries, women still suffer from a substantial gender wage gap. Let’s take a closer look at this deep-rooted problem, and its possible solutions.

A surprising amount of people will claim that the gender pay gap isn’t real. Even when faced with statistics, they will attribute women’s lesser earnings to their education, their background, their race, or their work ethic. But the statistics don’t lie.

Based on median earning data from the Census Current Population Survey of 2020 (the most recent data available), women who were full-time and year-round employees only made 83 cents for every dollar that a man did.

What’s more is that the problem doesn’t affect all women equally. The U.S. Census data shows that the worst of the gender wage gap falls on women of color.

The pandemic only further exacerbated this issue. Global crises always highlight that there are gaps even in how much people suffer because of the systemic inequalities they face. Job losses were most significant in industries like leisure, hospitality, and service, where the majority of workers are women and people of color. It was especially clear that Black and Hispanic women (who already under normal circumstances experience significant wage gaps) experienced far more job losses than white women.

Also, according to U.S. Census data, women of any race with children receive no salary increase, while men with children are rewarded for it. While that difference can be attributed to many things, one of the factors is definitely that attitudes towards working mothers and fathers are completely different.

Why the Gender Pay Gap Exists

The gender pay gap is the result of the systemic injustices that women and people of color face. The STEM industry is a perfect example of this, and there are many, many reasons why this is so.

From a young age (it often begins around the third grade), girls are not encouraged to pursue STEM topics. Boys begin to excel in math and science while girls excel at English and art, because they are seen as more “appropriate” and feminine pursuits. The unnecessary and nonsensical gendering of subjects in addition to the lack of female role models for them to look up to leads girls to feel like they don’t belong in STEM subjects, and so very few girls go on to pursue them.

The gendering of jobs, areas of study, and industries is a lifelong issue. Women are systemically led away from STEM subjects throughout their education, which severely limits their access to and therefore preparation for and opportunities in these fields and jobs. The world doesn’t allow girls to feel like they are welcome or belong in STEM industries the way boys are.

For the girls that do go on to become women in STEM, the continued and ever-present pressure of the system and its unpleasant focus on gender is like an itch that doesn’t go away. Many women sell themselves and their abilities short, and their lack of confidence costs them.

A study found that the confidence gap between comparable STEM degree-holders aligned with their gender pay gap. To illustrate this, a survey of engineering and computer science graduates from over 24 U.S. institutions found that of these graduates who had the same degrees and GPAs, the men earned $65,000 and the women earned $61,000. The women didn’t display the same confidence and cockiness that the men did, and their wages seemed to unfortunately reflect that.

Women have long been taught to make themselves smaller, take up less space, be less sure of themselves; when men are confident and self-assured, they are praised for it. When women do the same, they are often called bossy, loud, obnoxious, or full of themselves.

The discrimination that women in STEM face can engulf them with a sense of inadequacy and imposter syndrome. They are less likely to negotiate salaries and choices that their managers make than their male counterparts, and sometimes this is a career-deciding point. Hiring managers might choose to put women in lower-paying jobs, and where a man might have become an engineer, a women might just become a lab technician.

Women only make up 28% of the STEM workforce. Oftentimes, women in STEM can be found in occupations like nursing, biosciences, or teaching. The gender gaps are most significant in some of the most high-paying and in-demand jobs, like engineering and computer science.

PEW Research found that women are heavily over-presented in health-related jobs. Women make up 74% of healthcare practitioners and technicians, compared with only 25% of computer occupations, and 15% of engineers and architects. 48% of life scientists are women, while only 24% of atmospheric and space scientists are.

Even when women do make it into STEM jobs, they will likely have been conditioned to be more nurturing, caring, and domestic, often leading to them choosing or only having access to jobs that pay less or do not help them realize their full potential.

There are ways to dig out the roots of the gender pay gap and to begin to get rid of gender-based discrimination. But it’s an issue that must be tackled from all angles of society, starting at home and touching our educational, political, and corporate systems.

The myths surrounding fundamental gender-based differences must end (e.g. girls don’t have “math brains”). The biases of educators, managers, and other people in positions of power relative to women of all ages on their education journey and career must be controlled so that they don’t affect the choices of these girls and women on their journeys.

Care must be taken to not pass on these myths to children, both boys and girls.

All children regardless of gender should be encouraged to pursue all subjects equally, until they display a particular affinity for, or interest or strength in certain subjects. Their gender, along with their other sociopolitical factors, should have nothing to do with it.

Girls need to be given the space, encouragement, and safety they need to pursue their education in STEM industries. This has to be comprehensive, from not being shut down by male counterparts to not being persecuted for not picking a more “feminine” pursuit.

Teachers must be taught how to address implicit and systemic biases, ensure that every student is exposed to STEM learning equally, and offer the same opportunities to all students.

Courses and environments can be designed to be more welcoming for women.

Some ways to do this are:

Hiring managers must work to recruit more women and base the hiring process on ability and not confidence. Women should be promoted, have strong advancement opportunities, professional development, and training available to them throughout their careers.

There must be welcoming work environments for women that includes flexibility and more hybrid work for mothers and caregivers; pay equity, excellent medical and family leave policies, anti-bias and inclusion training, flexibility, anti-discrimination and anti-harassment policies, and actual action taken against perpetrators if any harm comes to them.

Pressure should be placed on lawmakers to implement wage transparency; and on business leaders to not only normalize discussions of pay in organizations, but also to be held accountable for their compensation practices. There are currently 17 states in the U.S. that have laws that allow employees to freely discuss their pay, but only seven states that require employers to provide salary ranges on job postings. This week, Microsoft said it would soon start to disclose salary ranges for all job postings in the U.S., becoming one of the first major employers to do so. The tech giant’s influence may cause a transformation across the industry. It would be a welcome trend for women, who may be encouraged to negotiate for that raise.

The gender pay gap is only one of the many symptoms of the many real-life disparities that women face at the hands of the patriarchy. While it can be fixed if employers only moved to do so, it takes a grassroots approach to actually fix and eradicate the problem forever. The culture, conversations, and attitudes to giving women the same opportunities and treatment as men must change.

Women have always been able to do what men can, but they need to be given a fighting chance. The pressure is on the educational, political, and corporate systems to give women that chance.

Women of Color and the Wage Gap - American Progress

Even Befor This Disastrous Year for Mothers, They Were Still Only Paid 75 Cents for Every Dollar Paid to Fathers - National Women's Center

In Puerto Rico, No Gap in Median Earnings Between Men and Women - United States Census Bureau

The STEM Gap: Women and Girls in Science, Technology, Engineering and Mathematics - AAUW

These 3 Factors Could End the Pay Gap - Fast Company 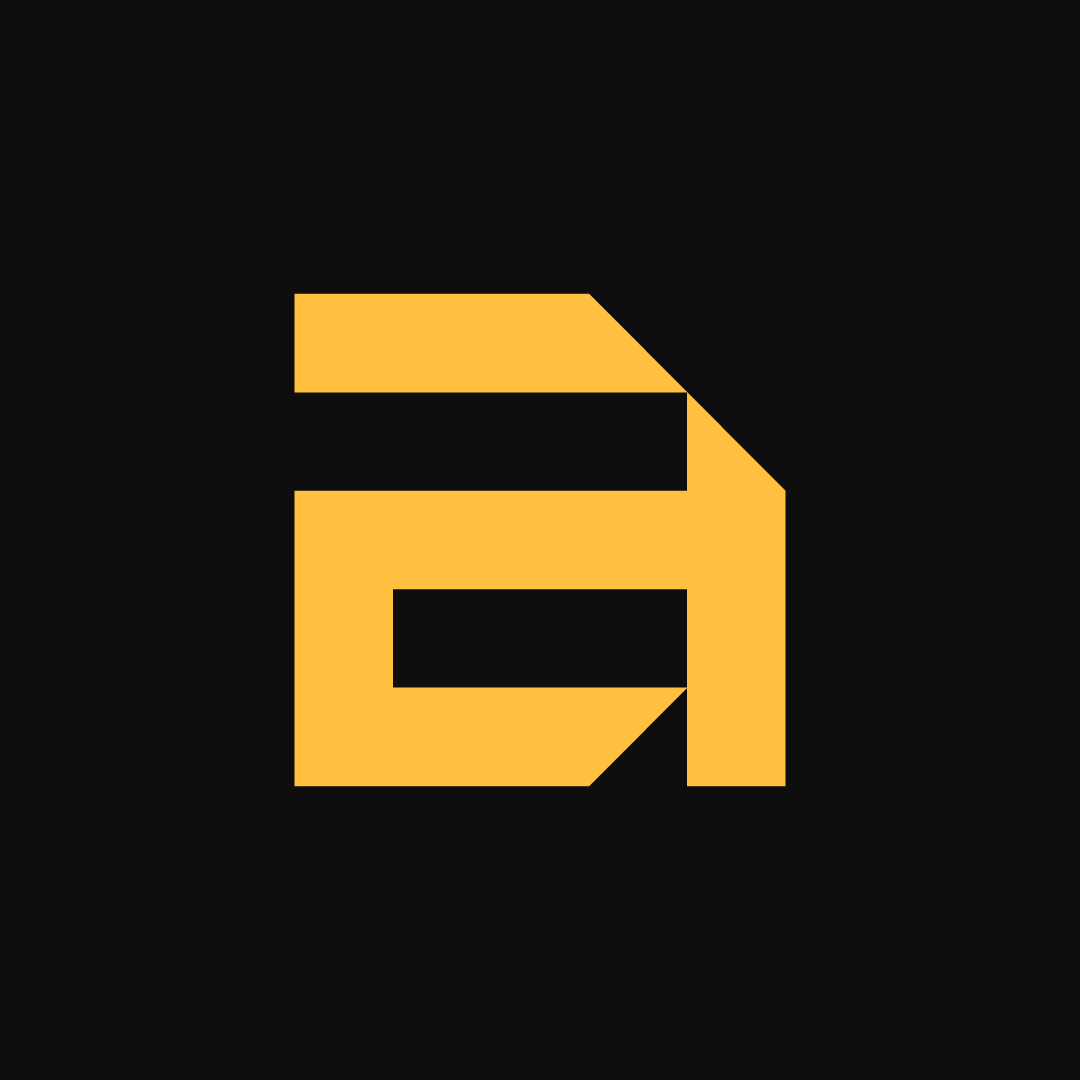 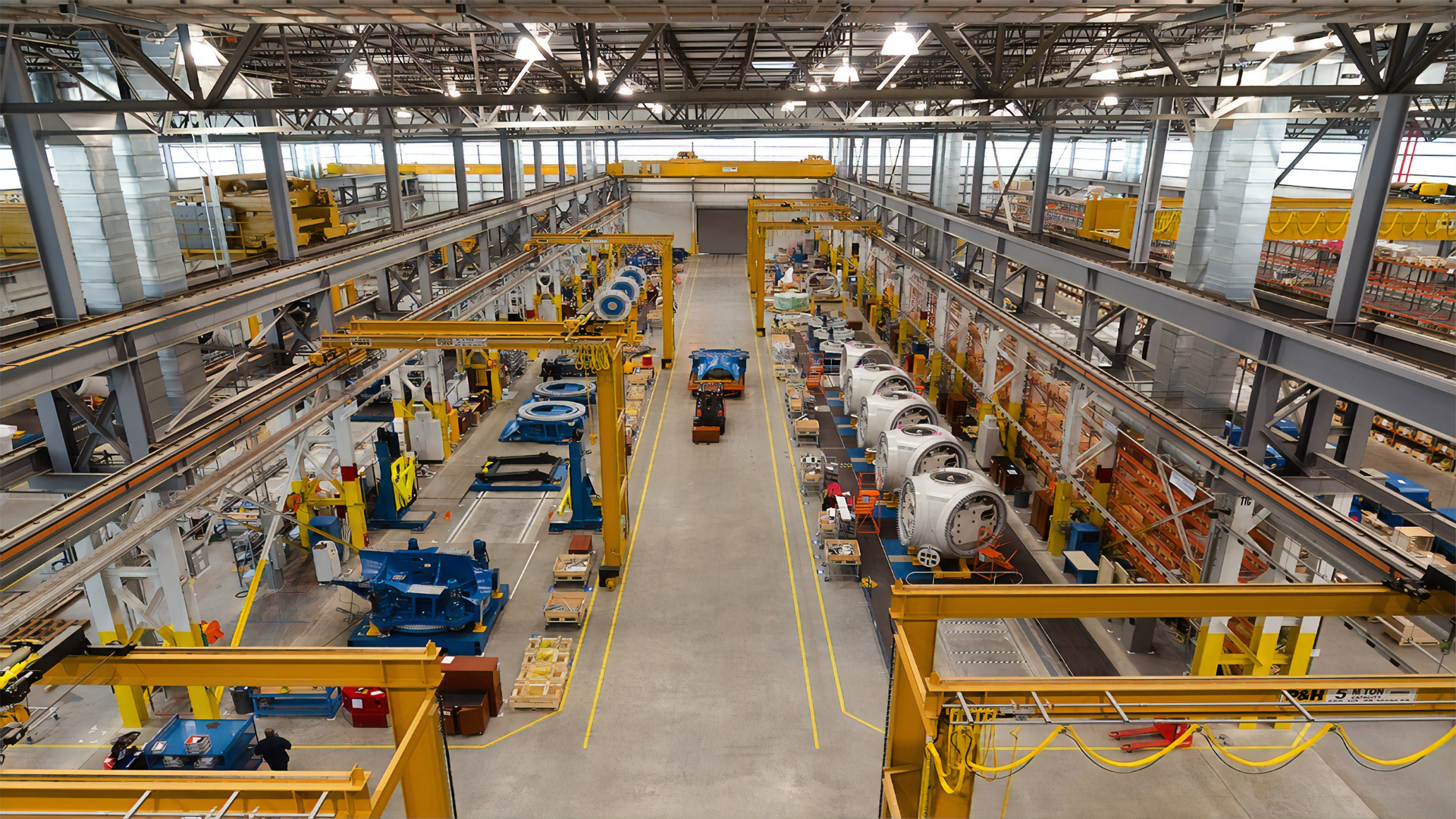 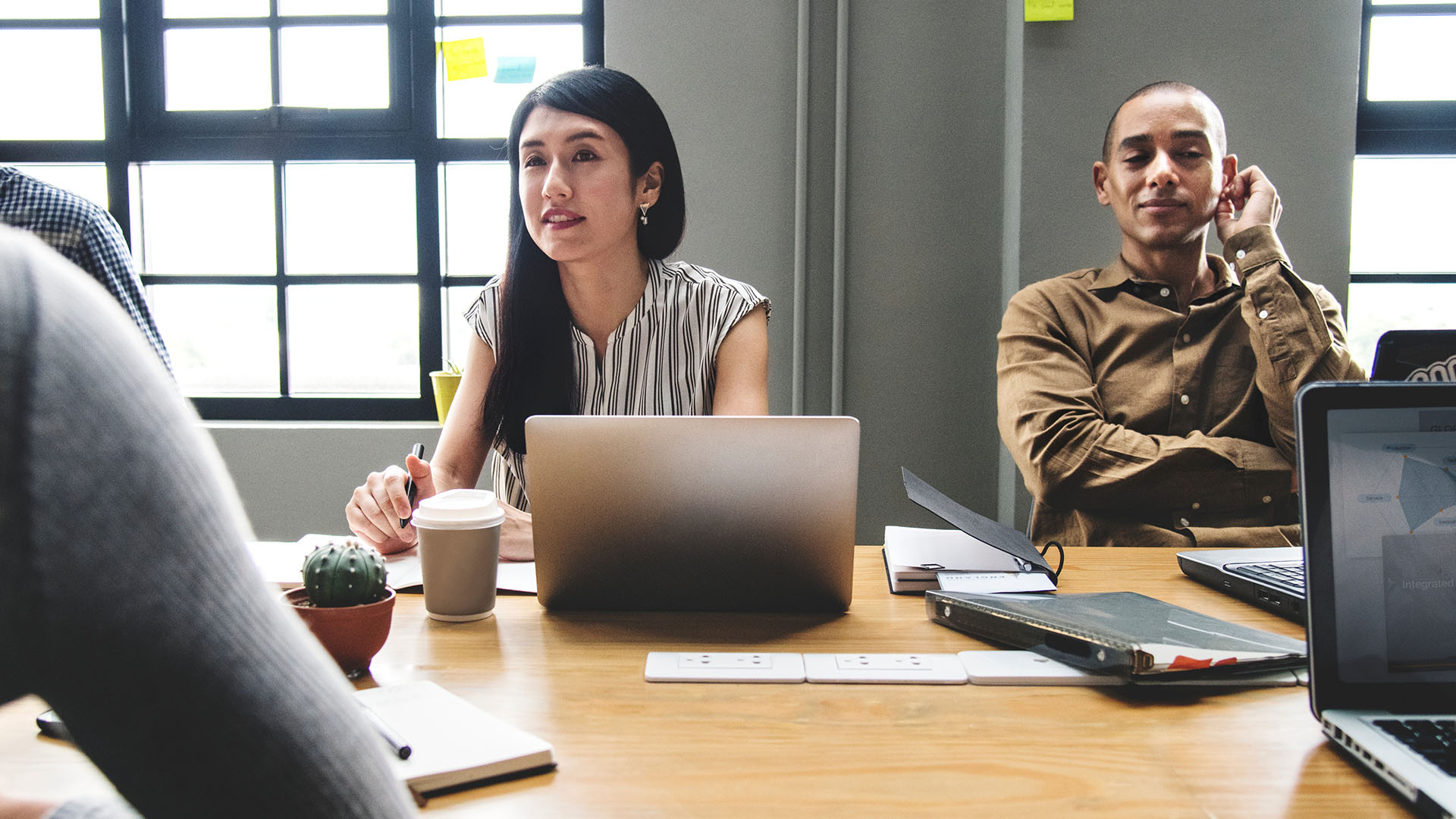 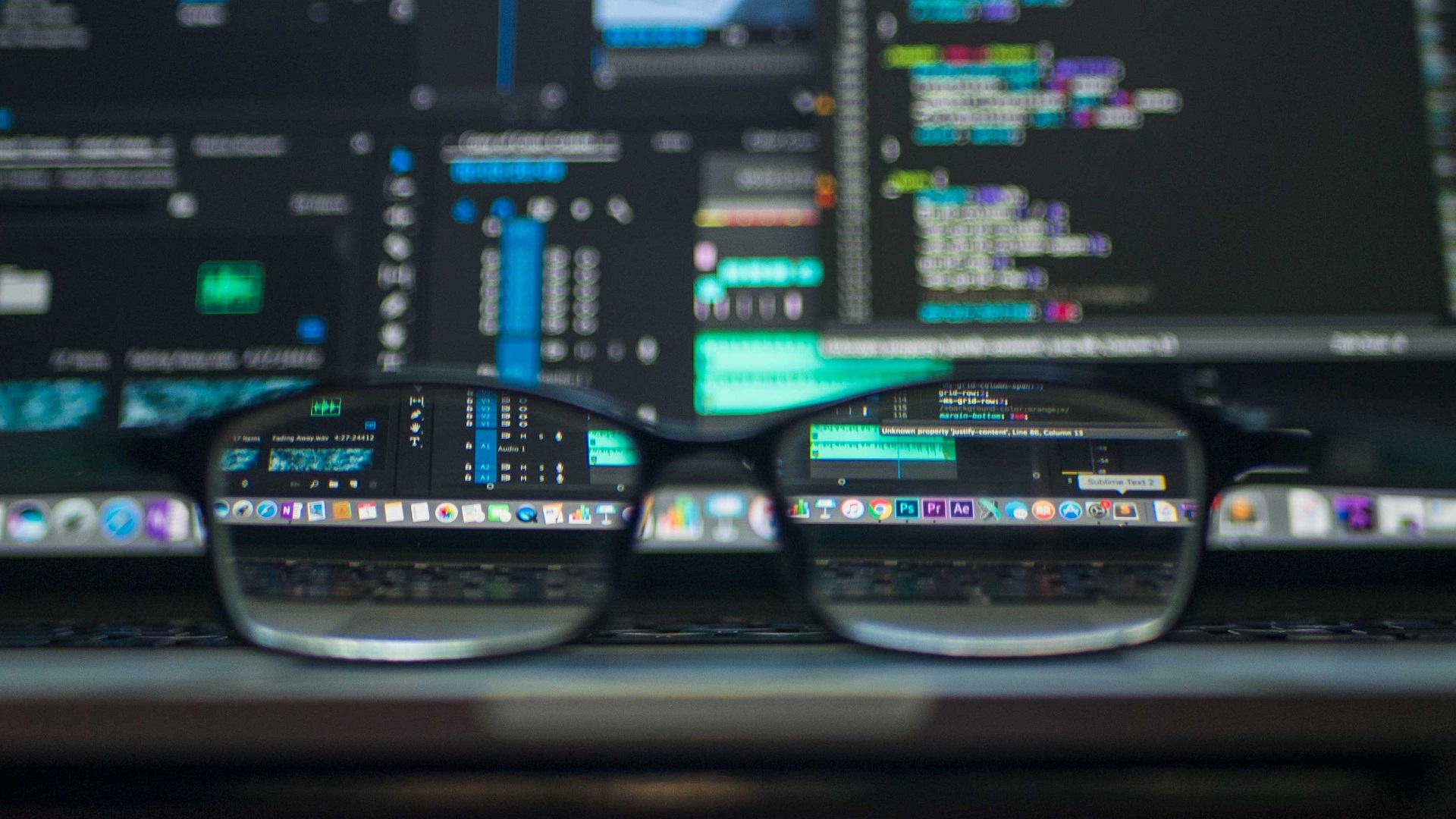