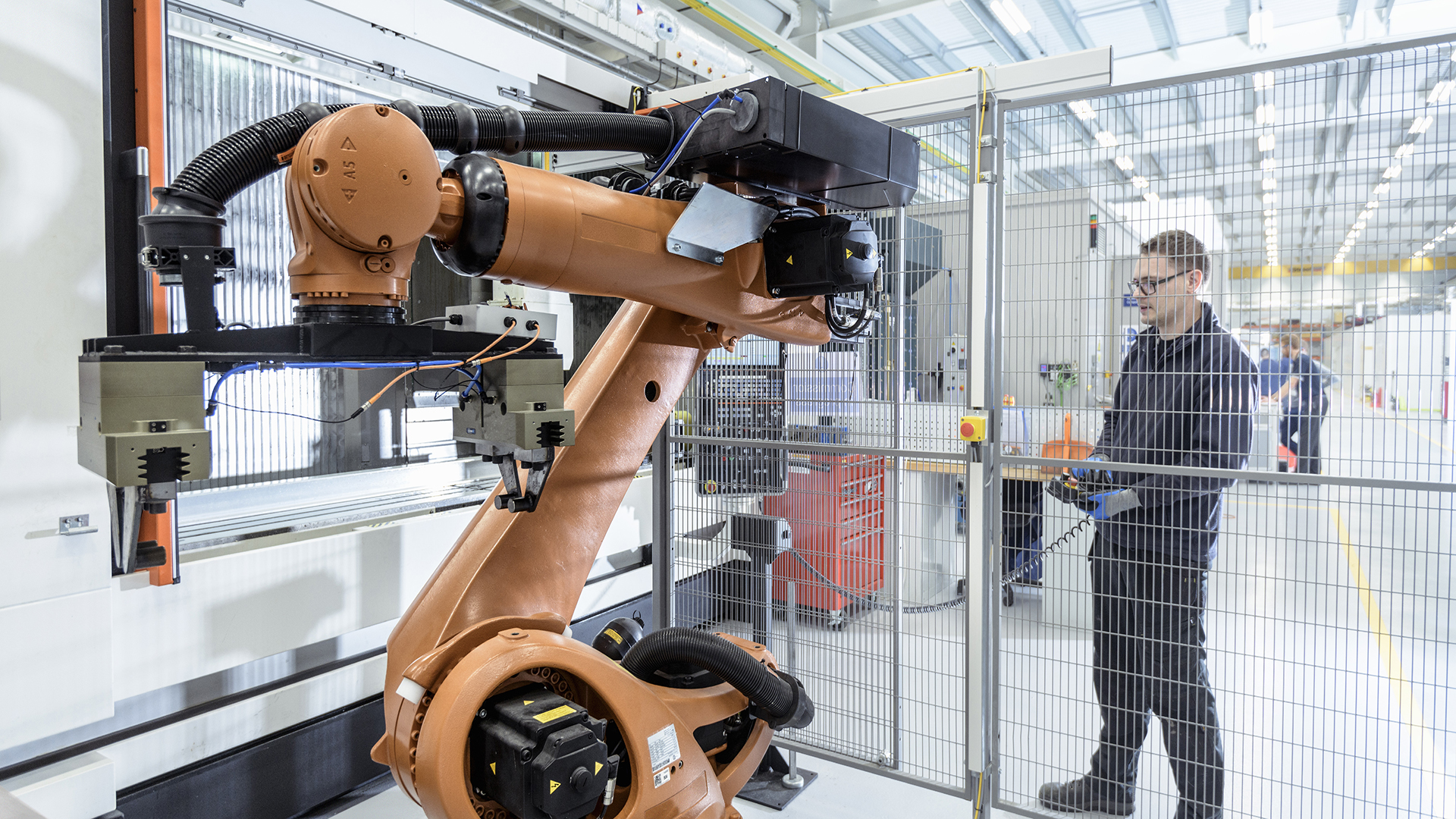 Robots and automation are only becoming more commonplace and important in the Industry 4.0 era of manufacturing. In this guest blog post, Matt Roush of Lawrence Technological University shares how the school is partnering with industry to ensure the future workforce of engineers and technicians is prepared for the jobs of tomorrow.

The march of automation continues, and Lawrence Technological University is working with industry partners to design programs that will effectively prepare engineers and technicians to run the automated workplaces of tomorrow.

Experts agree that robots—defined broadly as machines that operate automatically, carrying out actions independently, often performing tasks usually accomplished by people—will only become more commonplace and important in the years ahead. The number of fields impacted by the rise of robots is virtually limitless, including healthcare, home maintenance, the military, manufacturing, transportation, space exploration, logistics, even entertainment.

LTU President Tarek M. Sobh, along time robotics engineer with more than 250 published academic papers and 17books on the subject, predicts that in the not-too-distant future, robots will be performing much if not all of the manual labor now accomplished by humans, from construction to manufacturing to farming. Sobh predicts that this will result in rise of many new jobs, since people will be needed to conceive, design, program, and maintain these new robots. And James Mynderse, director of LTU’s Bachelor of Science in Robotics Engineering and Master of Science in Mechatronics and Robotics Engineering program, said “robotics, and automation in general, provide a solution for the problem of jobs that involve the three D’s—dull, dirty, and dangerous.”

LTU is creating new programs and laboratories to train people to fill the new jobs in robotics. With industry partners Rockwell Automation, McNaughton-McKay Electric Co. and Kuka Robotics, LTU is expanding and connecting several engineering labs to provide detailed robotics education. In the LTU College of Engineering, the effort involves the Department of Electrical and Computer Engineering and the A. Leon Linton Department of Mechanical, Robotics, and Industrial Engineering. Together, the departments have about 750 undergraduate and graduate students.

“The idea is to use the materials we’re putting into the robotics automation lab to create student projects that have real-world applications,” Smentowski said.

In the first lab being outfitted for the project, on the second floor of LTU’s Taubman Engineering, Architecture, and Life Sciences Complex, a new conveyor system, programmable logic controllers (PLCs), safety equipment, and networking gear has been installed into a safety cage to combine with previously installed Kuka industrial robots. “The conveyor will move, and robots will do an assembly operation at each station, with part loads and unloads simulating manufacturing,” Smentowski said. “We’re building it just like you would see at an auto plant.”

Rockwell is also building out a virtual version of the lab using simulation software from Rockwell called Emulate 3D. “Students will be able to go in and do a virtual reality simulation of an operation, just as if they were there in the lab,” Smentowski said.

Also working with LTU in this I4.0 model factory effort are the robot tooling maker Schunk and industrial technology clients of LTU’s Centrepolis Accelerator, Deep view and Detect-It. Deep view, based in Macomb Township, has developed an advance parts inspection camera and software system. Detect-It has developed an artificial intelligence system for manufacturing that allows users to detect quality errors and assist in assembly operations without having to learn code.

Future plans are to add similar technology to an electrical and computer engineering lab on the first floor of the Taubman Complex, creating an interactive demonstration unit that will allow students to participate in hand assembly tasks while learning about the fundamentals of automation, including PLCs, sensors, networking, and human-machine interfaces. Other LTU labs, including its printed circuit board lab, the 3D printing lab, the fabrication lab, the mechatronics lab, and the power and energy lab, will also be connected in the effort.

“We’re really excited,” Smentowski said of the effort. “We’re happy to bring in partners like Kuka and McNaughton-McKay. It’s not about dropping off hardware. It’s about developing skills in robotics and mechatronics and electronic engineering.”

Tim Mulcahy, a 1984 LTU electrical engineering alumnus, McNaughton-McKay engineering manager for the Michigan region, said the university’s work with robotics goes back to his time at LTU, when he worked on an early industrial robot from ASEA. “Working with that robot got me thinking about what I wanted to do with my career and set me down the path of industrial automation. I’m really excited about the Kuka robot lab because it allows this practical experience, giving the students the ability to see a real live working industrial automation robot working envelope, along with the best-in-class safety solution from Rockwell Automation.”

He said McNaughton-McKay is one of the world’s largest Rockwell distributors, and has been working on programming the PLCs and laying out the safety systems in the robotic cell.

Assisting in this effort will be the Smart Automation Certification Alliance, an industry training group of which Rockwell is a member.

Also, LTU’s Centrepolis Accelerator, in partnership with Automation Alley and the Jackson-based manufacturing technology accelerator Lean Rocket Lab, launched the nation’s first Industry 4.0 Accelerator. Scott Phillips, the Centrepolis Accelerator Industry 4.0 expert-in-residence, noted that “We’re past the time where employers and employees are fearful of robots taking their job. That’s all I heard 5 and 10 years ago, but with the labor shortages of today, people are talking much more now about how robots augment and upskill the people working beside them.” Phillips also noted that the definition of a robot is broadening, from those scary “Westworld” androids and factory welding arms to cute robot vacuums—and even robots that exist only on computers. “I’m hearing a lot now about robotic process automation, bots doing administrative work. It’s software, not hardware, but it’s an autonomous robot.”

Phillips said that employers are clamoring for more robotics graduates, particularly those in LTU’s mechatronics program. Employers “can’t wait to get their hands on the LTU students coming out of that program. They wish there were 1,000 of them a year.”

The Industry4.0 Accelerator provides resources to support startups developing industry 4.0technologies and to support Michigan’s manufacturers in adopting these technologies. The robust accelerator provides education, programming, coaching, strategic partnerships, a technology-readiness demonstration matching fund, and access to seed stage investment funding that is designed to help manufacturers thrive and grow while building a pipeline of the next generation of Industry4.0-ready talent.

Robots today do everything from assist with surgery to weld cars to pack boxes of goods for shipping to explore other planets. They handle dangerous tasks for the military, entertain us, cook our food, and soon robot intelligence will drive cars and trucks. Robotics education will thus be built into an ever-widening set of training and degree programs, at LTU and elsewhere.

After a long career as a reporter and editor for newspapers, magazines, radio stations and websites in Michigan, Matt Roush joined Lawrence Technological University in February 2016. An award-winning science and tech writer, Roush now supervises the production of Lawrence Tech, the university’s alumni magazine, and Innovation, the annual magazine of the LTU College of Engineering. He also produces content for university websites and media releases, and works to advance awareness of LTU’s unique academic strengths in the community and around the world. Roush graduated with a bachelor of arts in speech, communication, and theater from Albion College. 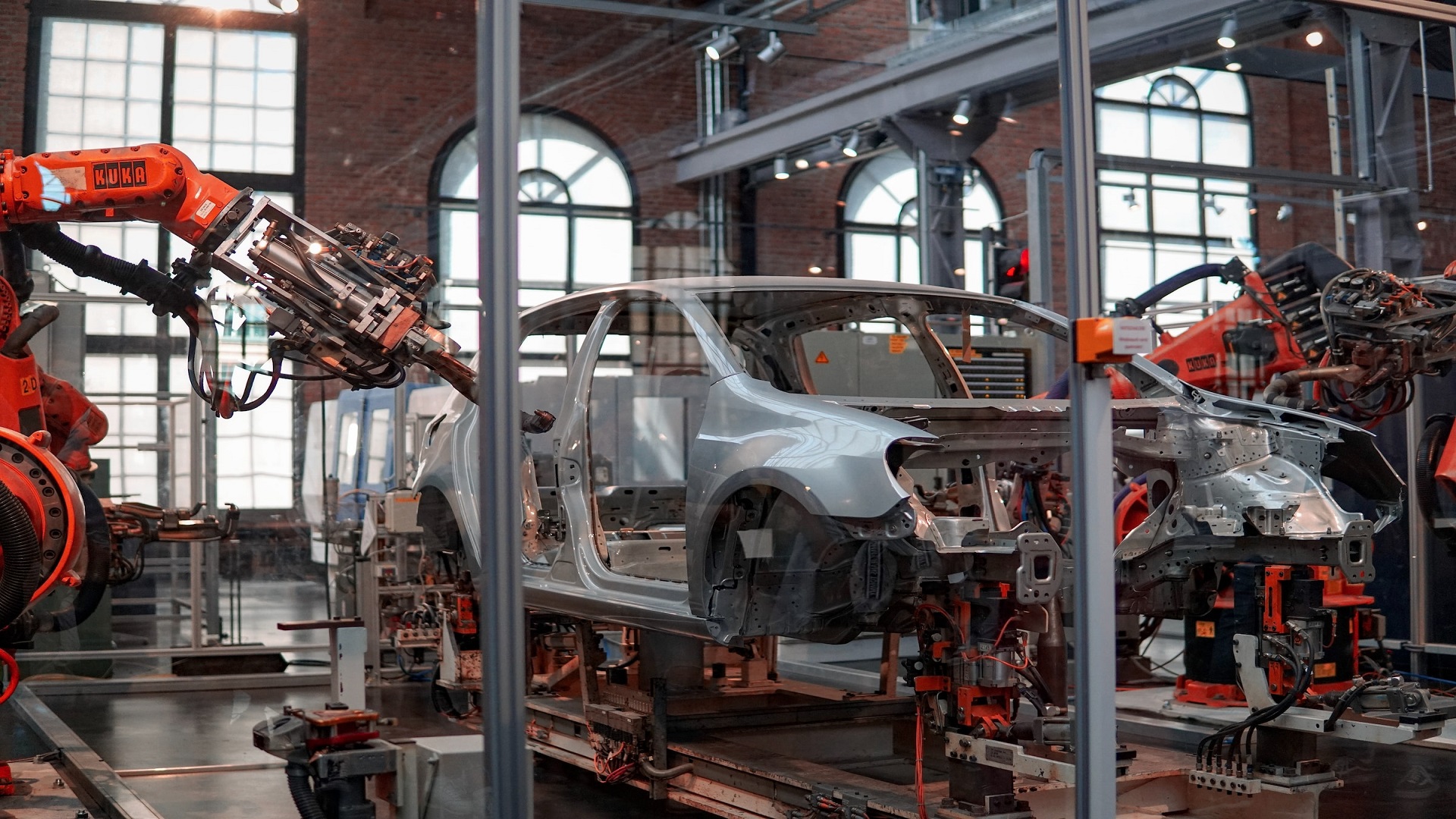 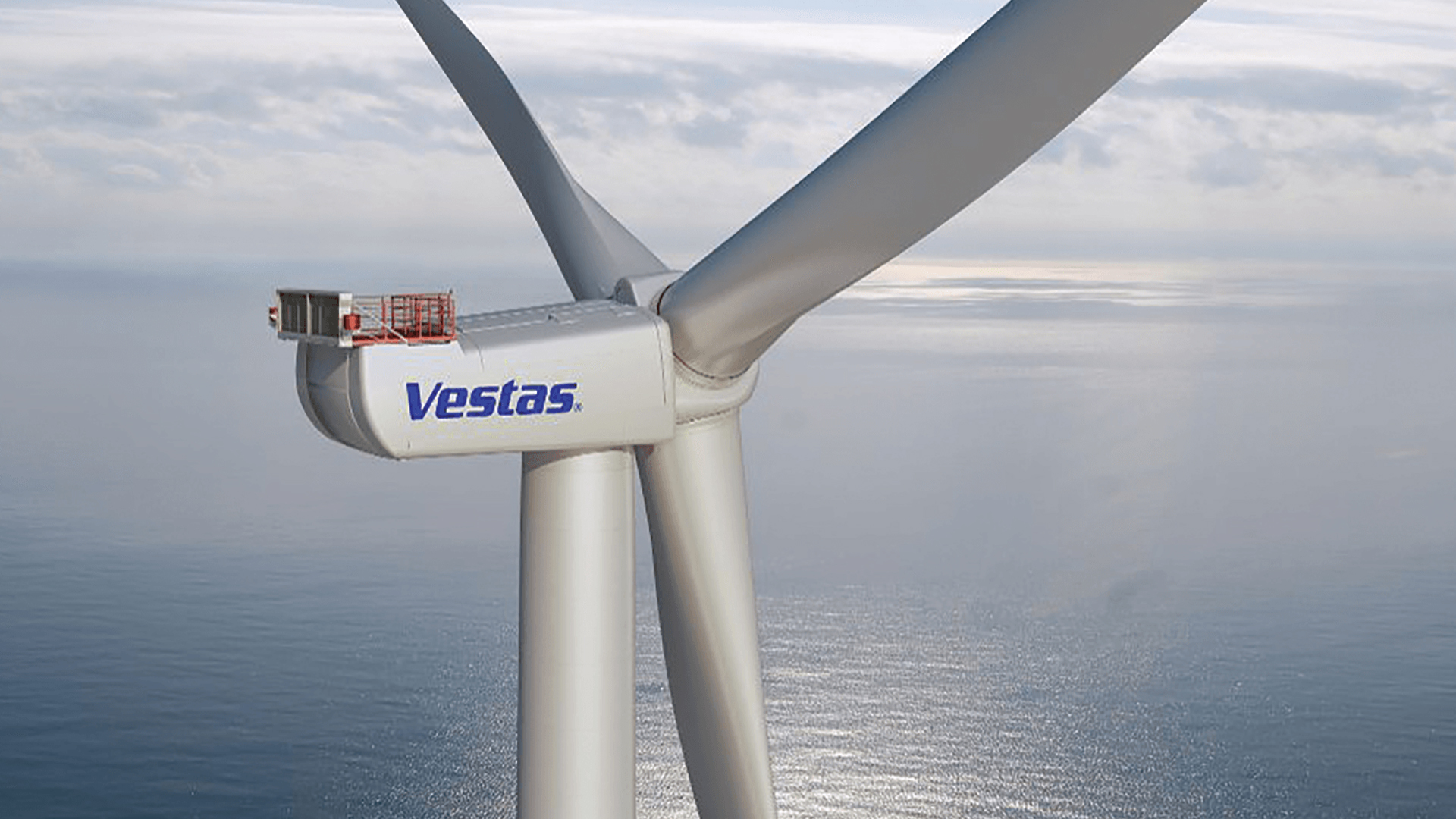 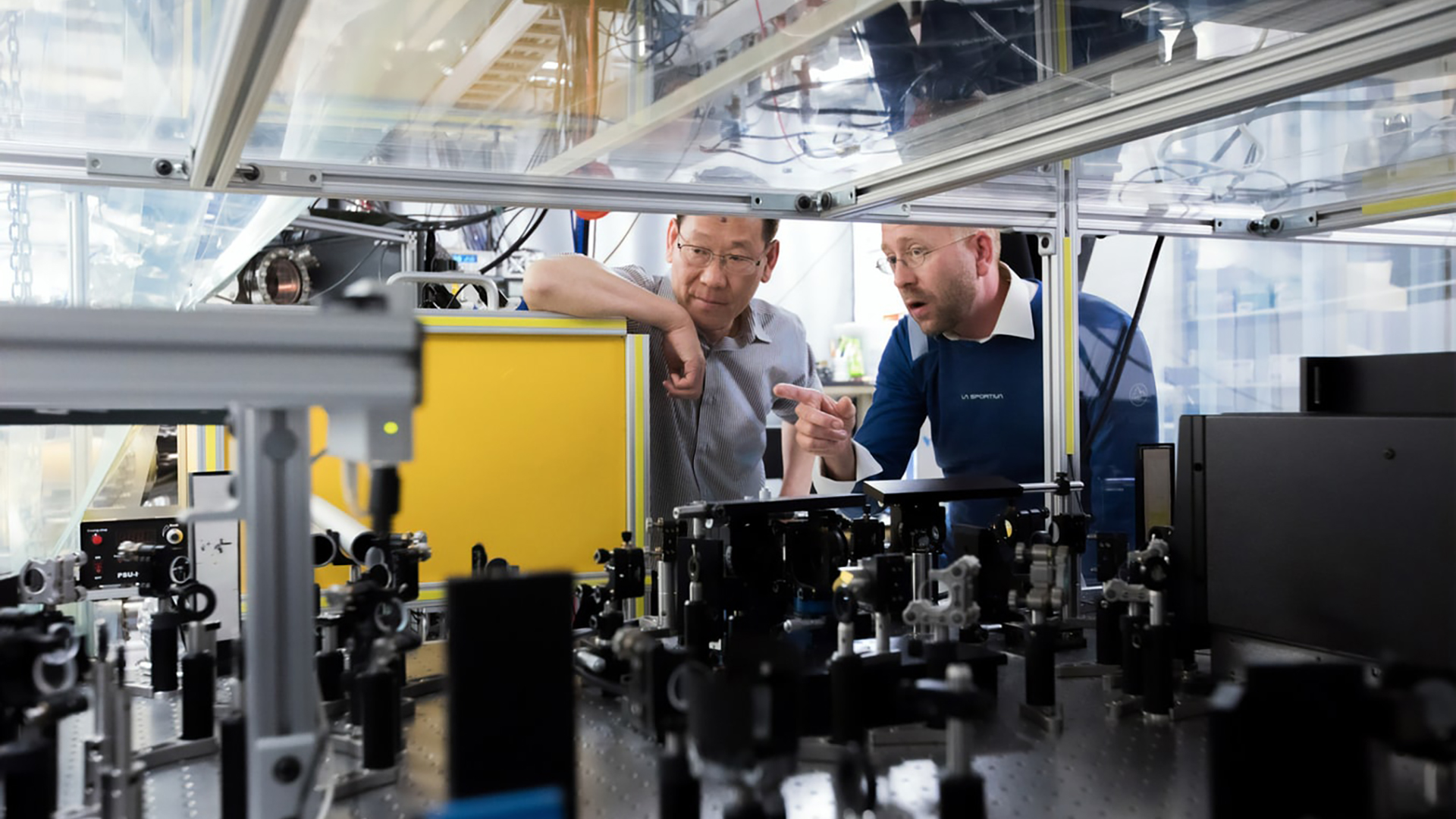 The underserved and underrepresented in today’s workforce
Workforce
Article
by
Patricia A. Chatman, Ph.D.
Become a Member