A Hundred Years Later: From Spanish Flu to COVID-19 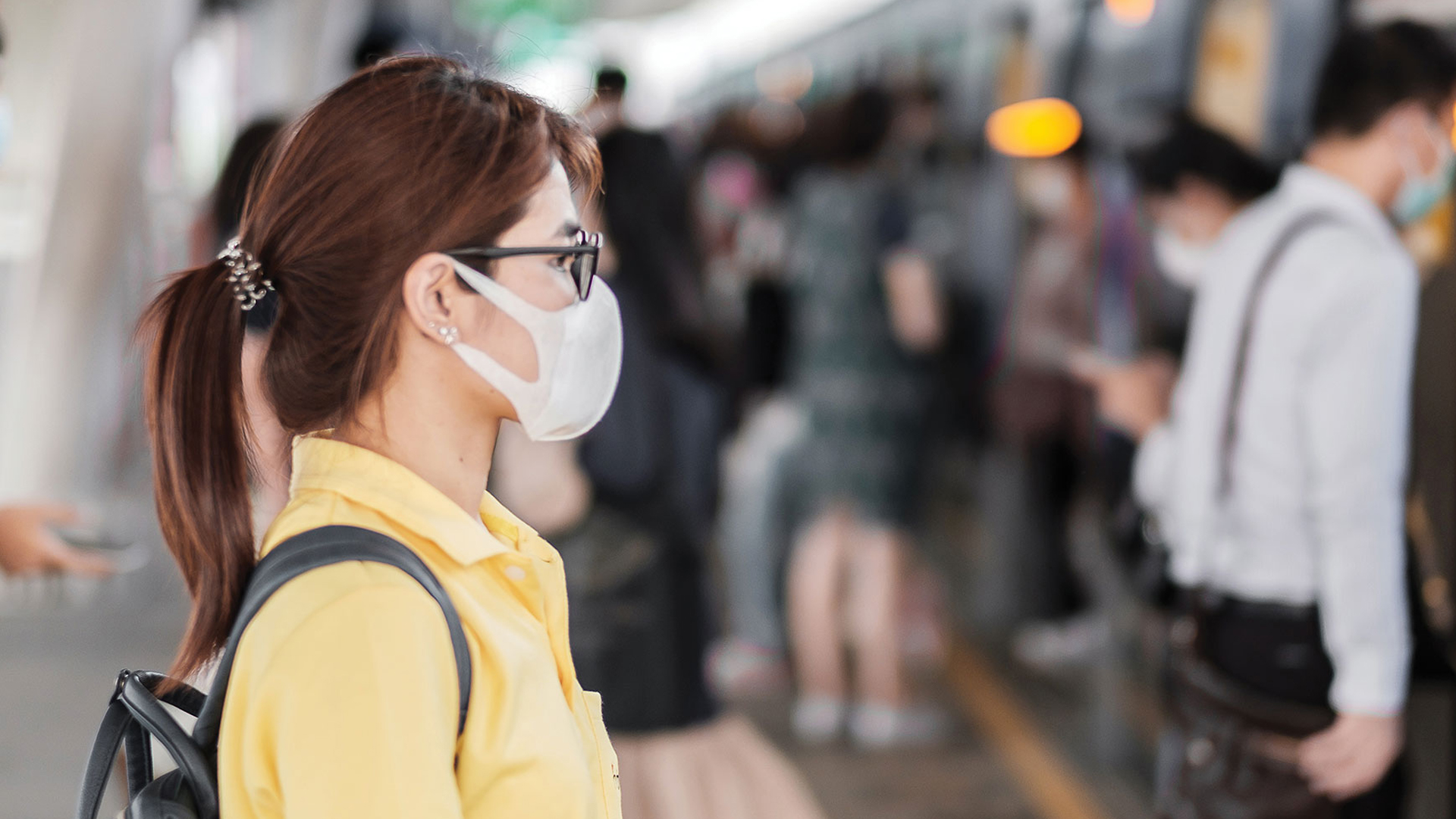 Historically, nothing has caused more deaths than infectious disease. Hence, doctors and scientists worldwide are quick to draw comparisons between today’s coronavirus (and COVID-19, the disease that results from the virus) and the Spanish flu of 1918-19. The similarities are striking and many of the low-tech lessons from last century’s pandemic responsible for an estimated 50-100 million deaths worldwide are being applied today. They include improved hygiene (regular handwashing, sanitation and the wearing of respiratory masks), better nutrition, social distancing and quarantines. What is glaringly different is how, today, Industry 4.0 is shaping medicine, production and education.

In 1918, the world’s population was 1.8 billion, whereas now it stands at 7.8 billion. In addition, 100 years ago, most of the world lived in rural farming communities instead of high-density urban centers that are now breeding grounds for respiratory infections. Cycles in climate change and the warming of the Earth further enable the spread of germs. Globalization, extended supply chains, international travel (about 4 billion airline trips were taken in 2019) are other culprits. We no longer stay in one place and neither do germs. Despite recent advances in medicine, we are more vulnerable to contagion than ever before. At the same time, we are clearly better off thanks to advances in information communication technologies and the digitalization of medicine which can speed up the development of next-gen vaccines to fight off current and future pathogens.

Parenthetically, one nagging point in desperate need of clarification is that the so-called “Spanish” flu did not originate in Spain but in the U.S. Spain got tagged with this dubious distinction only because its uncensored press (Spain was neutral during WWI) was the first to report on the situation. It is theorized that the flu’s onset was attributed to U.S. troops returning home from Europe during WWI after living in extremely close quarters while battling enemy troops from squalid, unsanitary trenches. The soldiers spread the virus to the civilian population resulting in more than 675,000 deaths in the U.S. alone.

Ironically, most fatalities were from people in their 20s, 30s and 40s. Doctors and scientists hypothesized that older adults were spared because they had developed an immunity from a previous, yet less lethal, form of a similar influenza decades before. Nevertheless, life expectancy in our nation dropped from 51 years old in 1917 to 39 in 1918. COVID-19, on the other hand, has so far infected 6.6 million people and caused 387,000 deaths in all of the world’s 216 countries and territories (the U.S. leads the world in reported cases at 1.838 million and deaths at 107,000). Comparatively speaking, the common flu on average sickens 5 million individuals annually while claiming 650,000 lives worldwide, according to the World Health Organization (WHO).

What is disconcerting about the coronavirus is its higher contagion rate (known as the reproduction rate, or RO) as each carrier has the potential to infect 2-3.5 other people. Another worry is how the virus will mutate and boomerang its way back to the scene of previously infected areas much stronger than its first wave. Biology 101 tells us that once a virus infects a host cell, the host then replicates itself to create additional viruses. Note that the Spanish flu came in three waves before it was finally eradicated.

Despite the WHO and the CDC plotting advanced scenarios to combat not-if-but-when pandemics, epidemiologists worldwide now find themselves scrambling to find data patterns and models to contain the current epidemic—not to mention developing a vaccine to counterpunch it. Aided by raw computational power and algorithms designed to crunch Big Data and recognize their underlying patterns, the timeline to come up with a vaccine will be hopefully forthcoming soon.

In the meantime, visionary leaders are not letting this crisis go to waste. Government responses and stay-at-home mandates in response to the pandemic will create a new normal in telecommuting and teleconferencing (e.g., Microsoft Teams, Google Hangouts and Zoom) once the storm clouds have been lifted—and quicken the pace of adopting ongoing technological trends, including working from home and earning a degree online from the comfort of our living rooms. The future implications and ripple effects of this fast-moving pathogen cannot be ignored, nor can we underestimate the extent to which it will upset long-established business models. Already parents are rightfully asking why they need to shell out $70,000 or more every year to send their kids to prestigious universities with six-station food courts and tricked out dorms when online teaching may accomplish the same thing. Education is stuck in the last century’s Industrial Age that is incongruent with the modern internet era. Consequently, the coronavirus is an existential threat to the established order and may do what Silicon Valley has tried to do in radically changing the educational paradigm.

For that matter, manufacturers are closely reexamining the concentration of their supply chains (and just-in-time delivery mandates) in certain countries and industrial clusters that leaves them vulnerable to major disruptions. The insourcing of production supported by additive manufacturing and the remote 3D printing of components and systems has gained currency that transcend our nation’s current trade dispute with China. It has further accelerated the adoption of technologies by industries critical to our nation’s economic and national security. Business and industry are also looking for ways to diversify their revenue streams and changing their internal cultures to embrace rapid change on the fly. Similar to WWII, when Michigan was known as the Arsenal of Democracy, Michigan automakers recently suspended automobile manufacturing to shift production at their facilities or retooled shuttered plants to make medical supplies ventilators, respirators and face shields to defend against the pandemic.

On a related note, if there was ever an industry in dire need of increased efficiency, cost containment and improved outcomes, health care tops the list. The current crisis has already changed and revolutionized the way medicine is being practiced. And it goes beyond telemedicine or virtual doctor visits. Aided by artificial intelligence and massive reams of data, epidemiologists and other scientific researchers can now render predictive analyses and neural networking models that can track down, contain and perhaps eliminate viruses. Even the FDA has got into the act by reducing red tape and streamlining the approval process for drug testing and the discovery for other novel treatments. Meanwhile, autonomous robots using ultraviolet light are zapping microbes and disinfecting hospitals to add an extra line of defense against contagious diseases.

Digital medicine has already mapped the human genome, sequenced DNA and edited genes in a way that will enable personalized medicine and targeted drug delivery systems to mitigate and even eliminate future diseases in their embryonic stage. Machine learning methodologies and software used to recognize patterns can be applied to combatting future epidemics. But from Ebola in West Africa to Zika in South America to MERS in the Middle East, the lag time between the virus and the discovery of a vaccine will always exist despite how digitalization can compress the time it takes to find cures.

The pharmaceutical business model has long been ripe for change in where they source drugs and vaccines in countries not terribly friendly to the U.S. Many of the active ingredients that go into the antibiotics and blood pressure medications that we consume are sole sourced from or monopolized by China. Further, makers of medical devices and diagnostic equipment are also waking up to the worrying trend of where their lifesaving products are being manufactured.  The reshoring of supply chains would most certainly address some of the quality issues inherent in products being imported into the U.S. from nations with less stringent rules and regulations governing safety issues.

Whether it is the education, automotive, medical or pharmaceutical industry, one thing is for certain: today’s digital technologies (particularly those closely associated with artificial intelligence, Big Data, machine learning, IoT, robotics and blockchain) will transform our society in ways that were deemed impossible just a few months ago. They will allow us to emerge stronger and better suited to confront any future crisis. More importantly, digitalization will normalize certain behaviors and change business cultures that were once resistant and even impervious to the changes now being imposed on them today. Indeed, many business leaders may feel a sense of liberation in having radical change thrusted upon them from outside their organization instead of leaving the hard decisions left to sclerotic managers with vested interests in the status quo. Again, there is no sense in letting this or any crisis go to waste especially when the choice is being made for you. 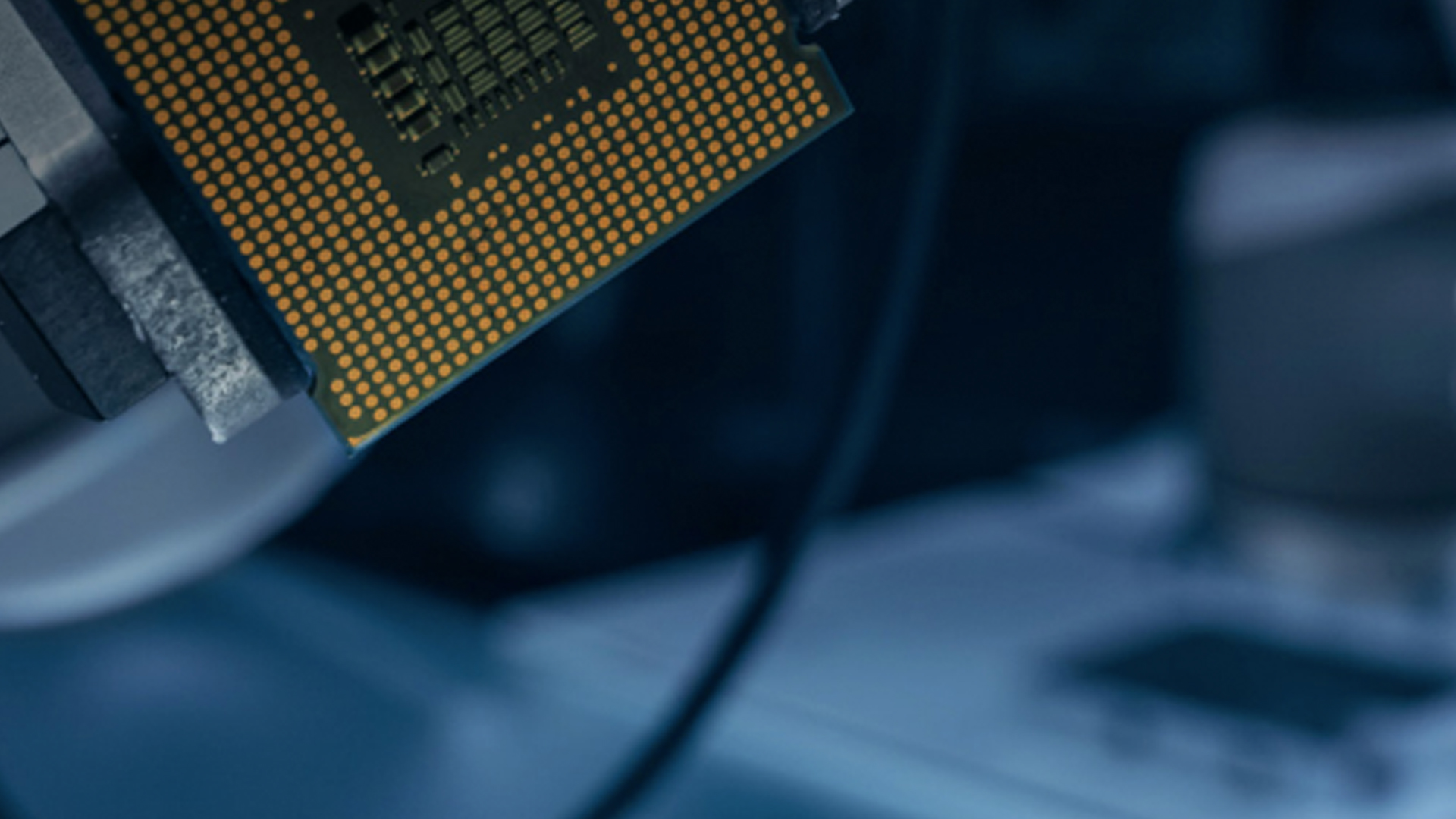 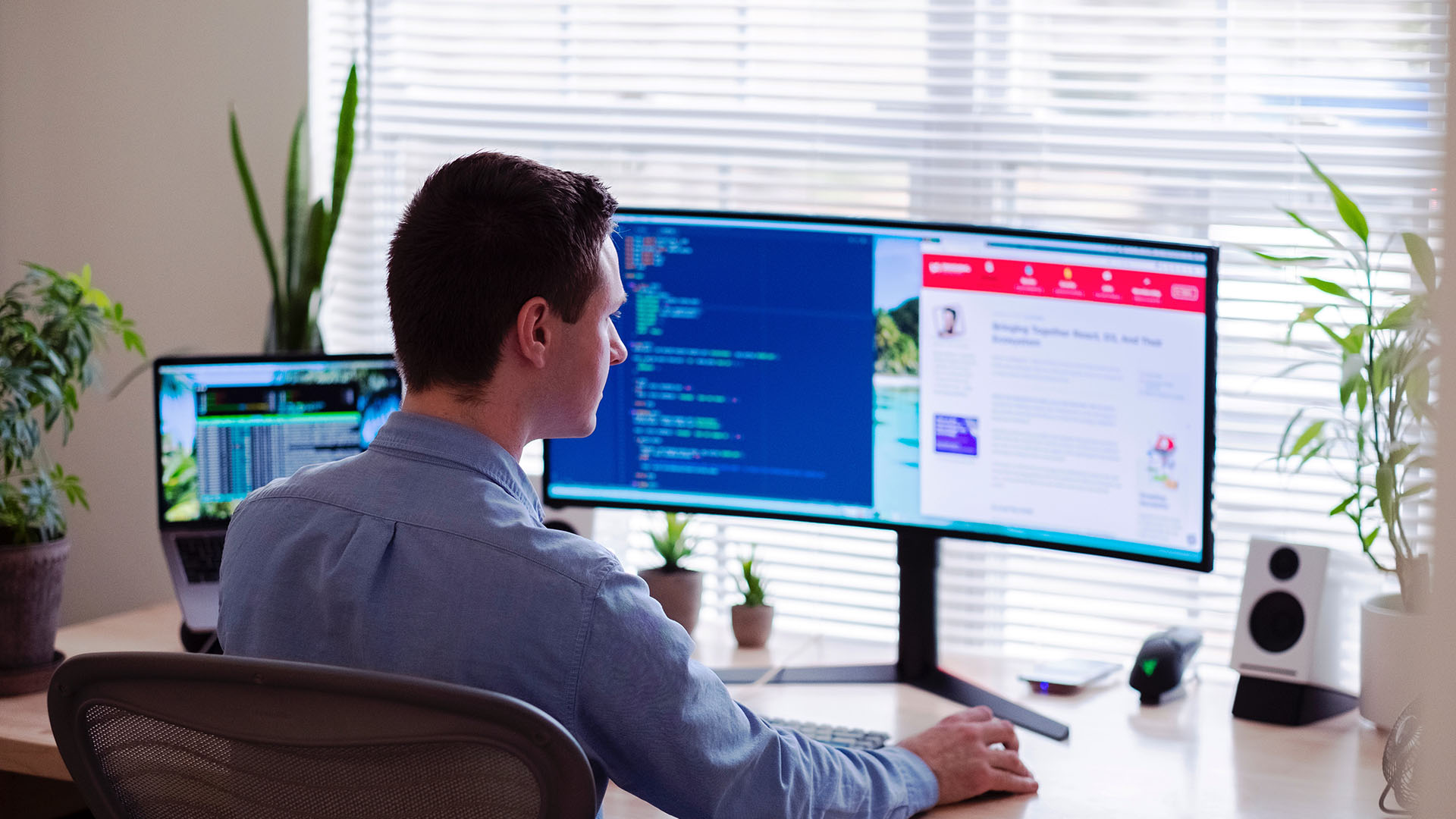 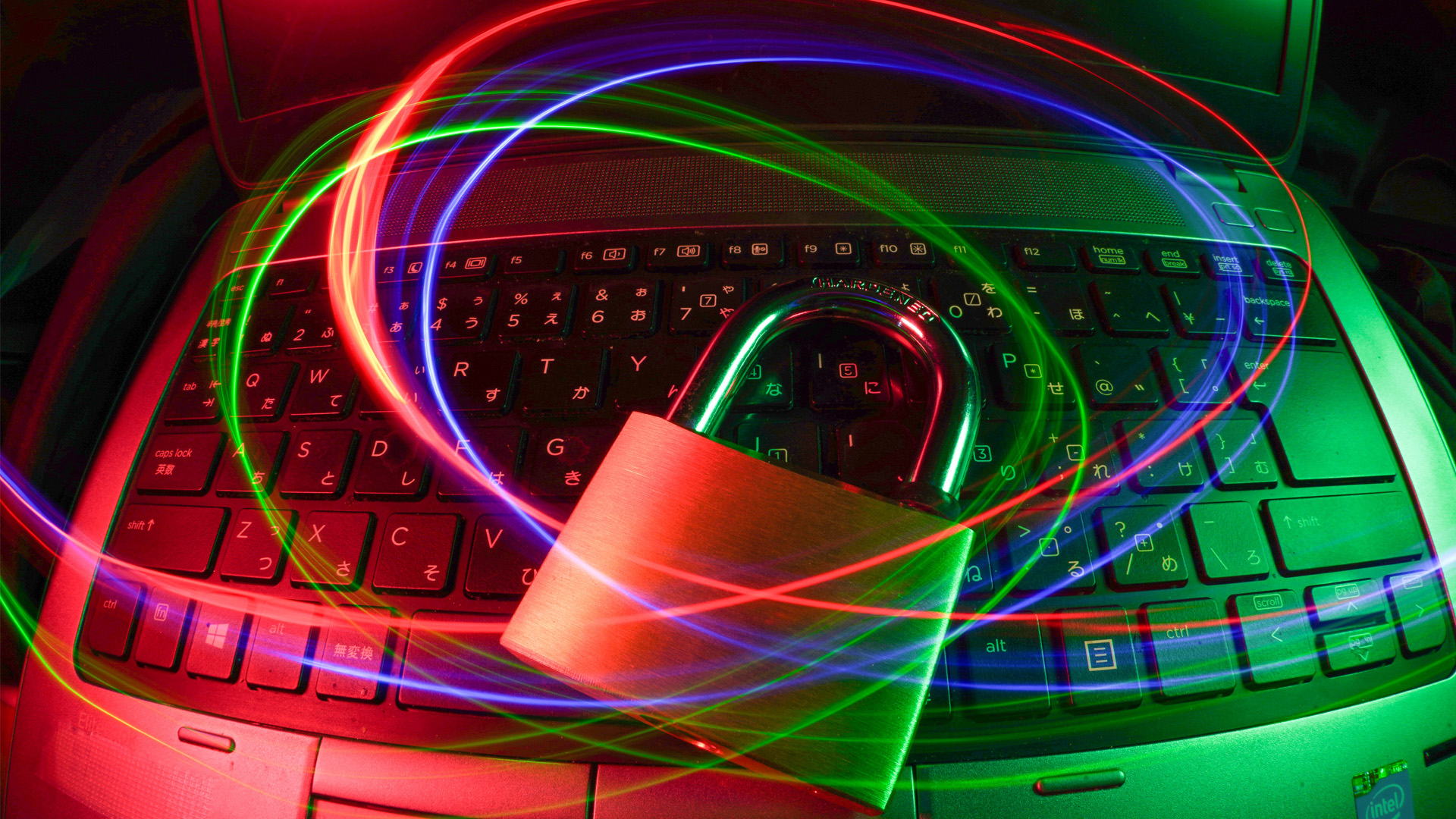