On The Homefront: Oxford’s Barron Industries on Manufacturing During The Ukraine Conflict in Industry 4.0 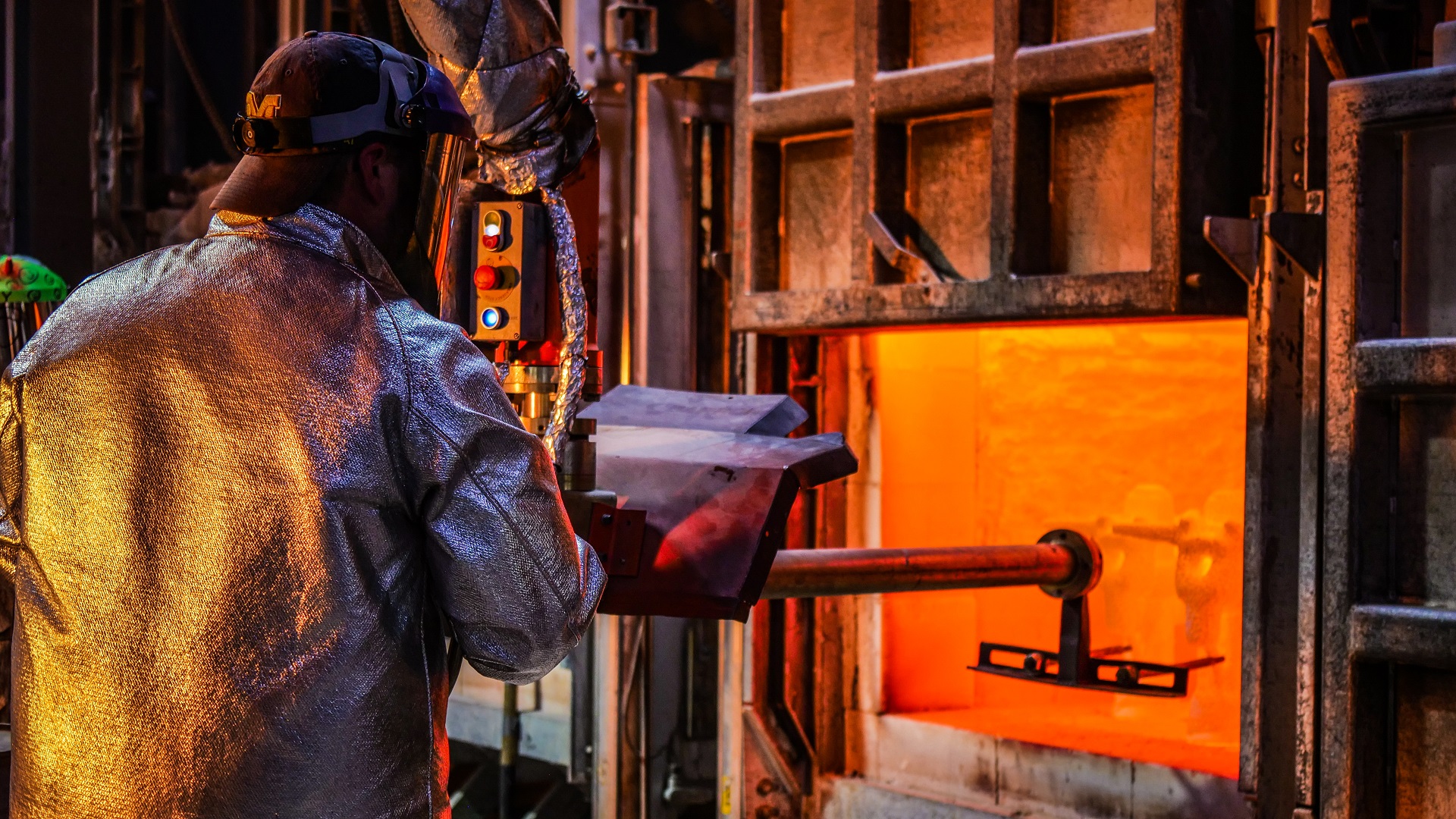 From the birth of the assembly line to the adoption of additive manufacturing, Barron Industries continues to play a central role in innovating Michigan’s defense manufacturing base after 100 years of casting. The Oxford-based manufacturer is replenishing key U.S. Department of Defense parts after equipment is shipped off for the war effort in Ukraine.

With a new Cold War ignited by the Russian invasion of Ukraine, the U.S. and its defense manufacturing base are locked into a prolonged battle of logistical attrition against Vladmir Putin’s Russia over the fate of its neighbor. And as U.S. Army General John J. Pershing famously put it during WW1, “Infantry wins battles, logistics wins wars.”

In Michigan, the Oxford-based Barron Industries manufactures mission-critical precision parts for the Department of Defense (DOD) for applications by ground and air. Its products replenish equipment shipped off from U.S. arsenals to support the Armed Forces of Ukraine. This recent uptick in demand saw Barron Industries double its manufacturing capacity, as it plans to support the DOD’s mission well into 2024 and beyond.

This is no small feat: The rigorous testing required to produce military-grade parts must meet the criteria of being nearly non-destructible high strength and lightweight, two qualities that traditionally have a difficult time going hand in hand.

“The advancement in material science and materials in the last 15 years has been fairly significant,” CEO and President of Barron Industries Bruce Barron said. “The other factor that must go into making components lightweight and indestructible is moderate cost.”

Traditionally, titanium was considered the standard for a lightweight and nearly non-destructible high strength material, Barron said. “But it is just very expensive.”

According to Barron, one of the materials that hits the apex of light weight, high tensile strength and reasonable cost is A357-T6 Aluminum.

“It can produce much higher tensile yields and elongation levels than in the past, but it requires a very tightly controlled chemistry and the use of titanium, boron and strontium to inoculate the material and controlled heat treat cycles to optimize the strength of this grade of material.”

Finding the right process took many years, Barron added. “We developed the process and equipment in house to do this. Now, because of this lost wax investment casting process, we are able to cast parts with very thin cross sections that also exhibit extremely high internal integrity under radiographic (X-ray) examination."

This casting process is one of two that produces castings of Grade A and Grade B quality materials for aerospace applications, Barron said.

Beyond the manufacturing process of the part itself, Barron Industries faces another unique challenge as a defense manufacturer of ballistic grade materials.

At the Aberdeen Proving Ground, its products are put through a gauntlet of tests against modern weaponry.

“There is a certain class of alloy steels that require very tight control of their chemical makeup and subsequent thermal treatments in order to produce anti-ballistic properties. You have to pour sample parts and plates to go out to the proving grounds to get shot at and verify they'll pass the impact testing,” Barron said.

“It gets shot at with all different types of ordinance,” Barron said. “Most of us think shooting just involves bullets, but these tests see big bullets with anti-armor charges in the round. When these impact, they have all sorts of force behind them to penetrate armor.”

On Jan. 5, the DOD announced 50 Bradley vehicles will be donated to Ukraine.

However, before Barron’s products survive the firing range, they first have to survive the production deadline.

One of the most complex parts Barron took on manufacturing was a fly by wire elevator housing mechanism for the Boeing V-22 Osprey. The part needed to be delivered in a short timeline, unattainable with traditional tooling and manufacturing.

“It is a wild looking part and reminded me of something out of the old Mouse Trap board game. With that particular component, there was a surge in requirements. The part has a lot of thin sections and very complex geometry,” Barron said. “We saw that tooling would be expensive and take a long time to manufacture.”

To make the production timeline, Barron employed 3D printed additive manufacturing patterns to cast out instead of standard tooling.

“We went right into 3D patterns and the first 100 parts were made with deliveries starting in eight weeks versus the 32 weeks if hard tooling were to be produced. We had no tooling and never made the part before. Every pattern was an additive pattern,” Barron said.

“The ability to receive 3D printed patterns fast and start process engineering development with a part of that complexity was huge for us,” Barron said. “Also, with additive patterns, when the parts become large and complex, our opinion based on experience is that the 3D printed patterns are more stable dimensionally than our wax patterns. A lot of people don’t think that.”

With representatives from Boeing working hand in hand with Barron Industries at its headquarters, Boeing used the info it collected from Barron to craft a new standard around the use of additive manufactured patterns for its Defense and Space groups to follow, Barron said.

“We worked with them to develop a new standard for 3D printed patterns that demonstrated the repeatability of the patterns. It was a really good collaboration.”

Barron Industries can be traced to casting components for Henry Ford out of Detroit in the ’20s. Founded as Motor and Machinery Castings in 1923 by Joseph H. Barron, the new year will mark Barron’s centennial anniversary in the metal-casting industry.

“As any company that has been around for a long time, you have to continue to innovate and adapt in order to grow and survive,” Barron said. “You always have to be looking for a neat technology that is being developed, because even though it may not be commercially viable at the moment, you need to stay close to it until it becomes so. Then you hop into it.”

Looking forward, the company will focus on creating an integrated and centralized network to monitor its processes with big data and system wide integration.

“We want to tie into a central dashboard all of our equipment: our wax presses, our CNC machining centers, our robots in the shelling department, our units in the melt department. We want all that equipment signaling into a dashboard so we can have a virtual factory floor,” Barron said.

“I want to receive real time data and act on the data real time, sending out actionable items to those folks responsible in those departments that can make the necessary action today instead of tomorrow when we find out when something goes wrong.”

Though the technical details and new processes are impressive with manufacturing parts for the DOD, Barron emphasized that there is one goal above all others shared throughout the company with its products — the safety of U.S. servicemen and allies.

“With our Christmas luncheon at the plant, we all came together and talked about this,” Barron said. “Our biggest customers produce a lot of the ordinance and ground based equipment being used in Ukraine.”

As part of the war effort, Poland sent over 240 Soviet T-72 tanks from its arsenal to support Ukrainian forces in Aug. 2022. This gap will be backfilled by 250 U.S. Abrams tanks supplied from the DOD.

“Though we did not supply them directly, we have a lot of new orders being used to replenish Poland’s supply, and that is just one program we are involved with,” Barron said.

Across the board, orders are increasing from the DOD for ground fighting vehicles of all weight classes, Barron said.

“Our way of looking at it is everything we do is done to protect the warfighter and get them what they need to be successful,” Barron said. “All these materials we talk about, and their success are critical to securing the safety of an individual person. We emphasize that, and everybody understands that our products can’t fail because someone could get hurt or worse.”

A common misconception about defense manufacturers is that they like war to profit, Barron added.

“Nobody here likes war. What we are working toward is to keep our soldiers and those fighting on our side protected and safe. I think that gives meaning to what we do.” 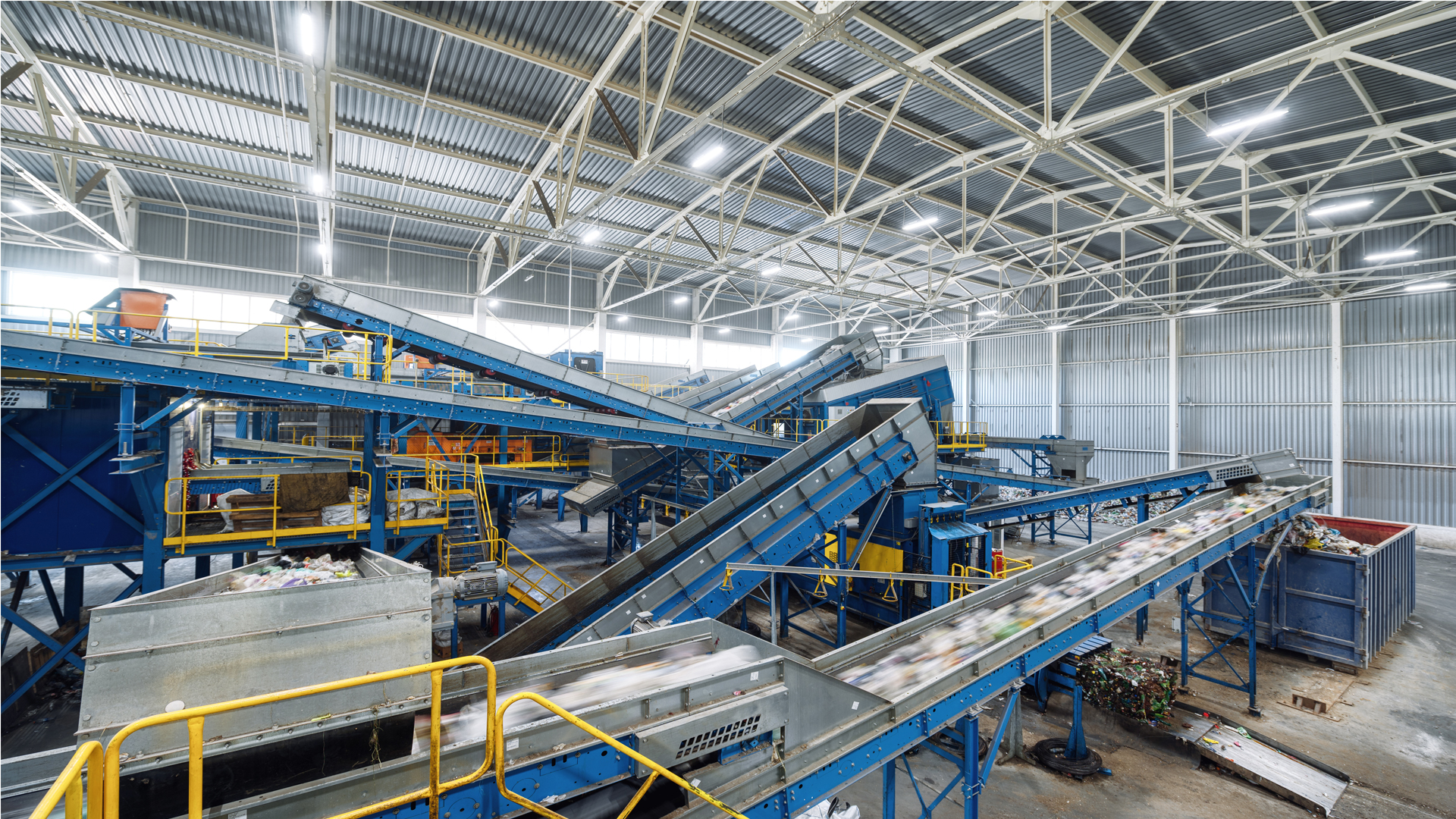 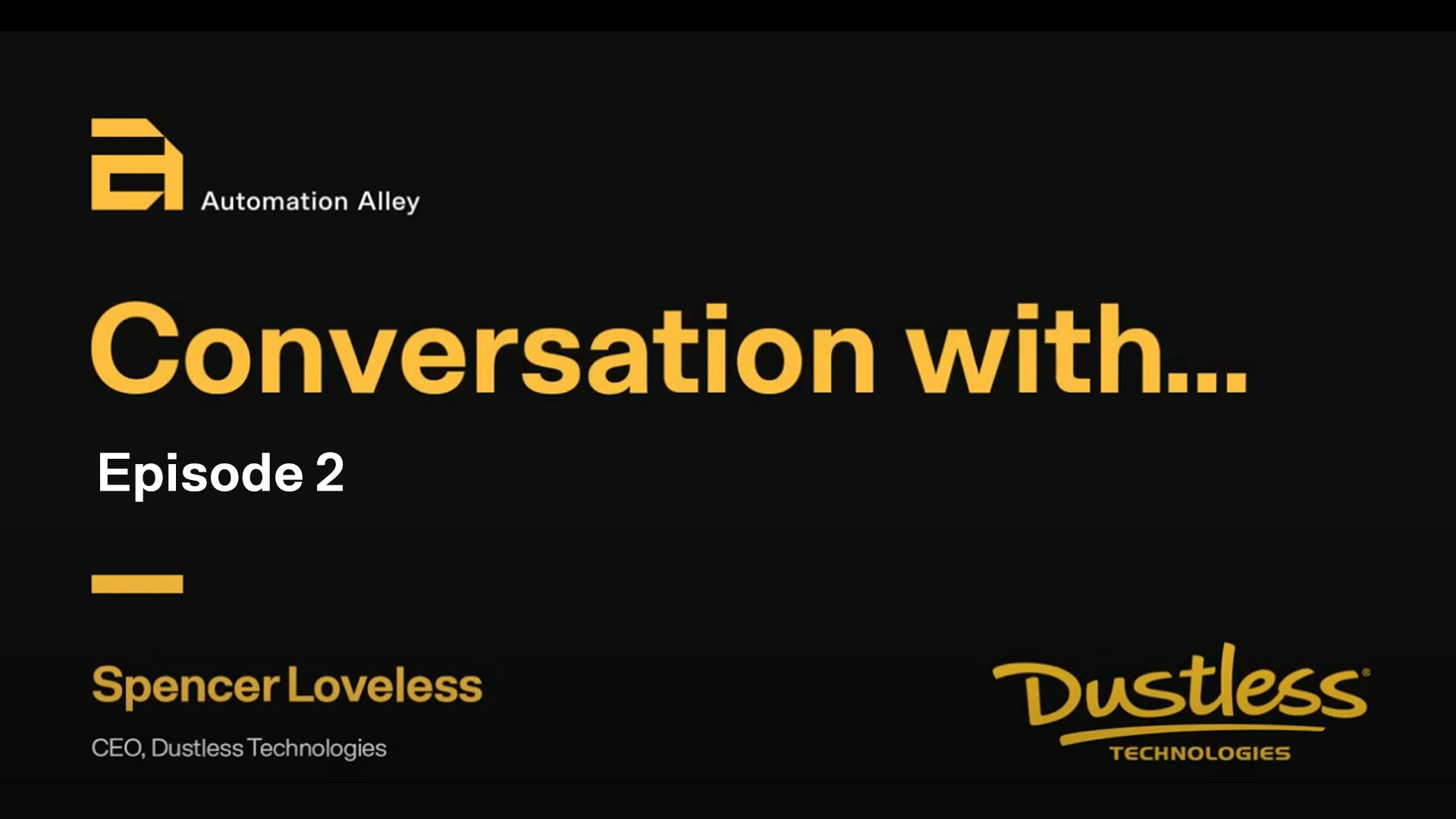 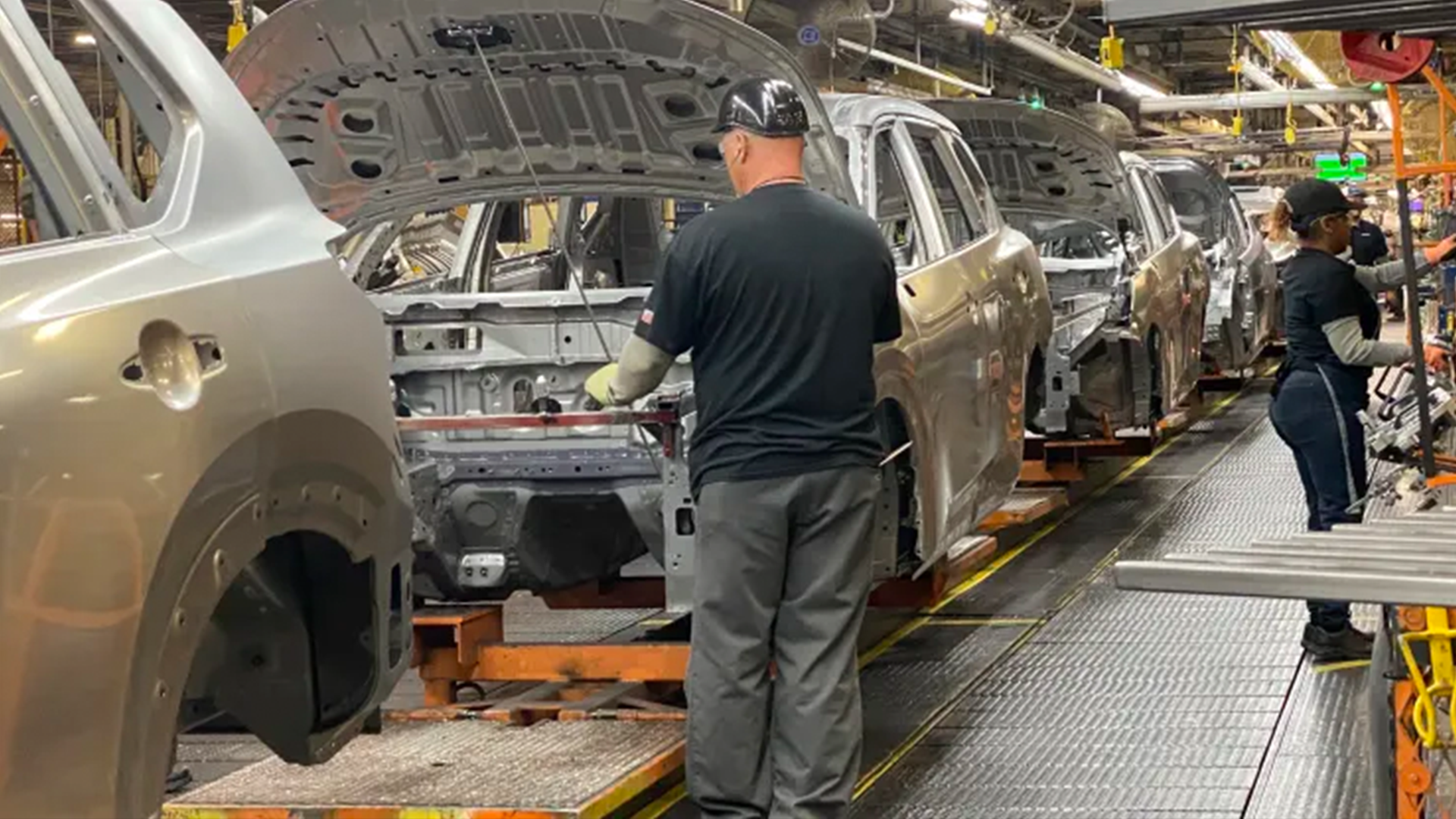