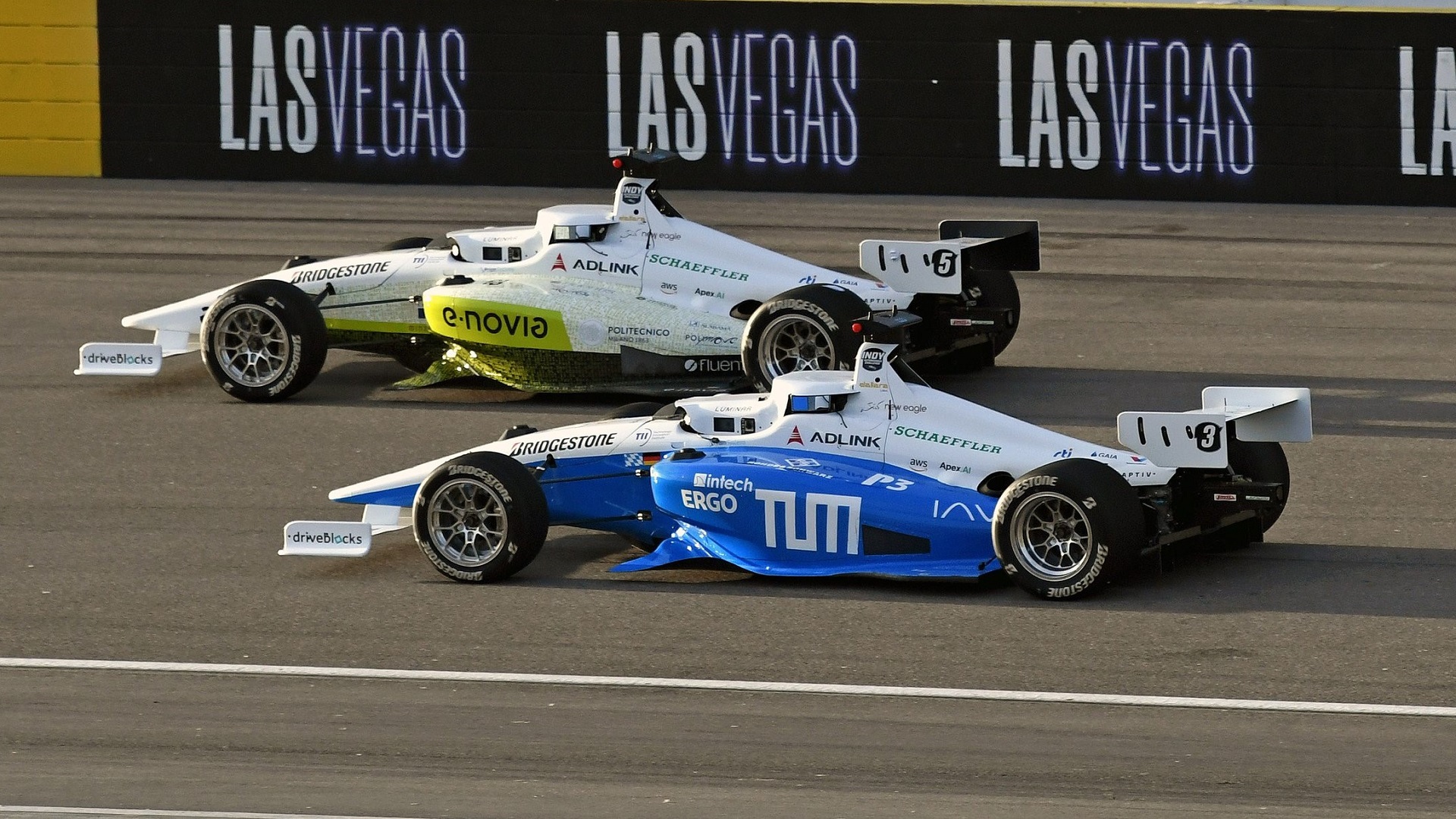 The split-second and high-speed world of competitive racing leaves little room for error for the mind of man and now machine. One miscalculation can snowball into a wreck. One bad sensor input can cause a critical loss of data. One lost second can lose the race.

With its U.S. office in Wixom, the Germany-based global technology simulation and validation specialist dSPACE manufactures the central computer platform taking in a plethora of data for AI race car drivers in order to make key decisions. Its AUTERA AutoBox comes standard in every specialized Dallara AV-21 IndyCar competing in the Indy Autonomous Challenge (IAC).

“When the opportunity arose to provide this for the competition, we jumped all over it,” dSPACE Team Lead of Data Driven Development Jacob Perrin said. “It is within the product’s vision, but it is also expanding what we are trying to do.”

The primary goal of the IAC is to advance the technology of autonomous vehicles and advanced driver-assistance systems. With a slim margin for error, a high-speed race is the perfect environment to push the latest autonomous vehicle technologies to the limit in safety and innovation.

Stacking AI software on the AUTERA AutoBox will be nine student teams formed from 19 universities and eight different countries. Each team seeks to optimize its software to work with the control technology of the AUTERA AutoBox and Dallara AV-21 IndyCar to win the race. This way, the software engineering and AI advancement of each team can shine through to the race results more than the hardware of the car itself.

“Because the competition has been going for a few years, the teams had some existing software architecture. It was something that was flexible enough where we could engineer something quickly by dropping a few of our cards into it to meet the needs of what they had,” Perrin said.

The next IAC race will take place Jan. 7 at the Las Vegas Motor Speedway at CES. The event is billed as “The Most Influential Tech Event in The World,” according to its primary sponsor The Consumer Technology Association. The first IAC race took place Oct. 2021 at Indianapolis Motor Speedway.

From Passenger Vehicles to High-Speed IndyCars

The first iteration of the dSPACE AUTERA AutoBox did not have IndyCar racing in mind. According to a press release from Nov. 2019, the “Autonomous Era” AUTERA Autobox was initially geared toward autonomous vehicle testing, specializing in homologation, replaying data at a later stage and training neural networks.

“The AUTERA AutoBox is a perception compute platform, primarily designed with the use case of data logging in mind,” Perrin said. “It was a product we released with the idea that OEMs and Tier 1 suppliers would be able to hook up their cameras, radars and lidars to it, interface those sensors and then log the data at up to 50 gigabits per second to removable SSDs.”

However, its applications outgrew its humble beginnings.

“What we really wanted to do is provide something that was flexible and high performance,” Perrin said.

Testing this flexibility and high performance is a flurry of information from the racetrack: The Autobox processes data from six cameras, three lidars, three radars and a Global Navigation Satellite System (GNSS) on board the Dallara AV-21. Afterward, the student-built AI governs adjustments based on the AutoBox’s data.

“All this happens in the milliseconds,” Perrin said. According to a study from competing team TUM Autonomous Motorsport, the average end-to-end latency from their car’s sensor output to the controller output is 302.2 ms (milliseconds). By comparison, the average human reaction time for a complex task like braking a car is 1.5 seconds.

But racing takes more than just one program: The AI software has separate programming and decision making for controlling the vehicle, passing other vehicles and — new for 2023 — defending against other vehicles attempting to pass.

“The focus is truly on the software and the software is what differentiates the teams,” Perrin said. “The control part is especially difficult with these vehicles. I’ve never driven one, but they’re probably a lot harder to control than my Chevy Cruze.”

On the track, teams compete against each other by attempting to pass one another in elimination trials. Speeds often reach over 150 mph. The world autonomous vehicle land speed record, set by IAC competing team PoliMOVE, is 192.2 mph.

“Rather than going as fast as possible they take turns passing, progressively going faster and faster until someone can’t pass anymore,” Perrin said. “This can be because maybe their control algorithms are not able to run at the frequencies needed or the perception algorithm isn't good enough and they’ll spin out or crash.”

Just like their human counterparts, these autonomous racers are prone to an occasional crash, spin out or equipment failure.

“Every single time there is an incident on the track, you always first want to know ‘Is this something that has to do with our platform?’ So far that has never been the case,” Perrin said.

“It definitely keeps things interesting and keeps you on your toes on the track, but it’s a platform we have enough confidence in for the teams to be able to use. Something dSPACE is known for are reliable systems that people can trust. We are not just going to put a tool out into the world that doesn’t work.”

During the last race in Texas, Perrin and his dSPACE coworkers were in pit lane for the entirety of the event.

“We didn’t design these systems purpose-built to be put into these autonomous race cars. We are pushing our systems to the limit sometimes too. It is really good to get feedback from the teams,” Perrin said. “You can sort of sit over their shoulder and see what the cars are seeing.”

Perrin said he sees a future appeal in autonomous motorsports beyond the IAC competition.

“Student competitions in some sense aren’t inherently something someone wants to watch, but people are so interested in this,” Perrin said.

“People want to see it succeed or maybe even want to see it fail. I think it is an interesting test that pushes everyone to the limits. Whether it gets to a point where all the cars can operate around the track at the same time remains to be seen.”

Per the IAC guidelines, only two teams are allowed to be on the track at the same time for the upcoming event. The Jan. 7 race will be a single elimination tournament with multiple rounds of high-speed head-to-head passing matches.

“But I think that what they are already doing has value in terms of education — A lot of these students are PhDs and they can turn around and use their experience here with research in industry, whether it is for motorsports or for passenger vehicles.”

Tune in to the Indy Autonomous Challenge at CES live from the Las Vegas Motor Speedway via a video livestream here on Jan. 7 at 4 p.m. EST. 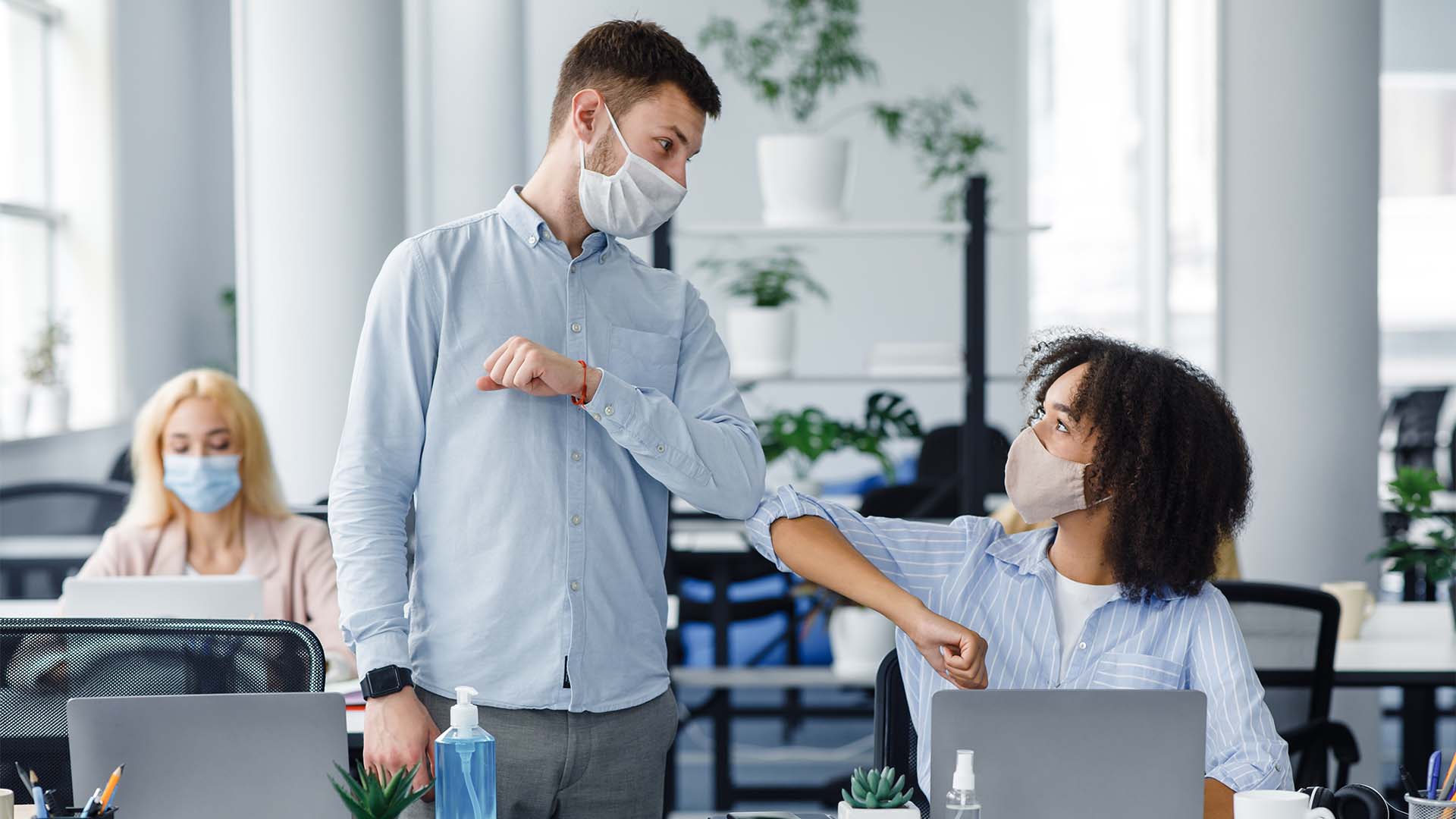 The Future of Work: Trends to Watch in 2022
Culture
Article
by
Bryan Powrozek, Clayton & McKervey 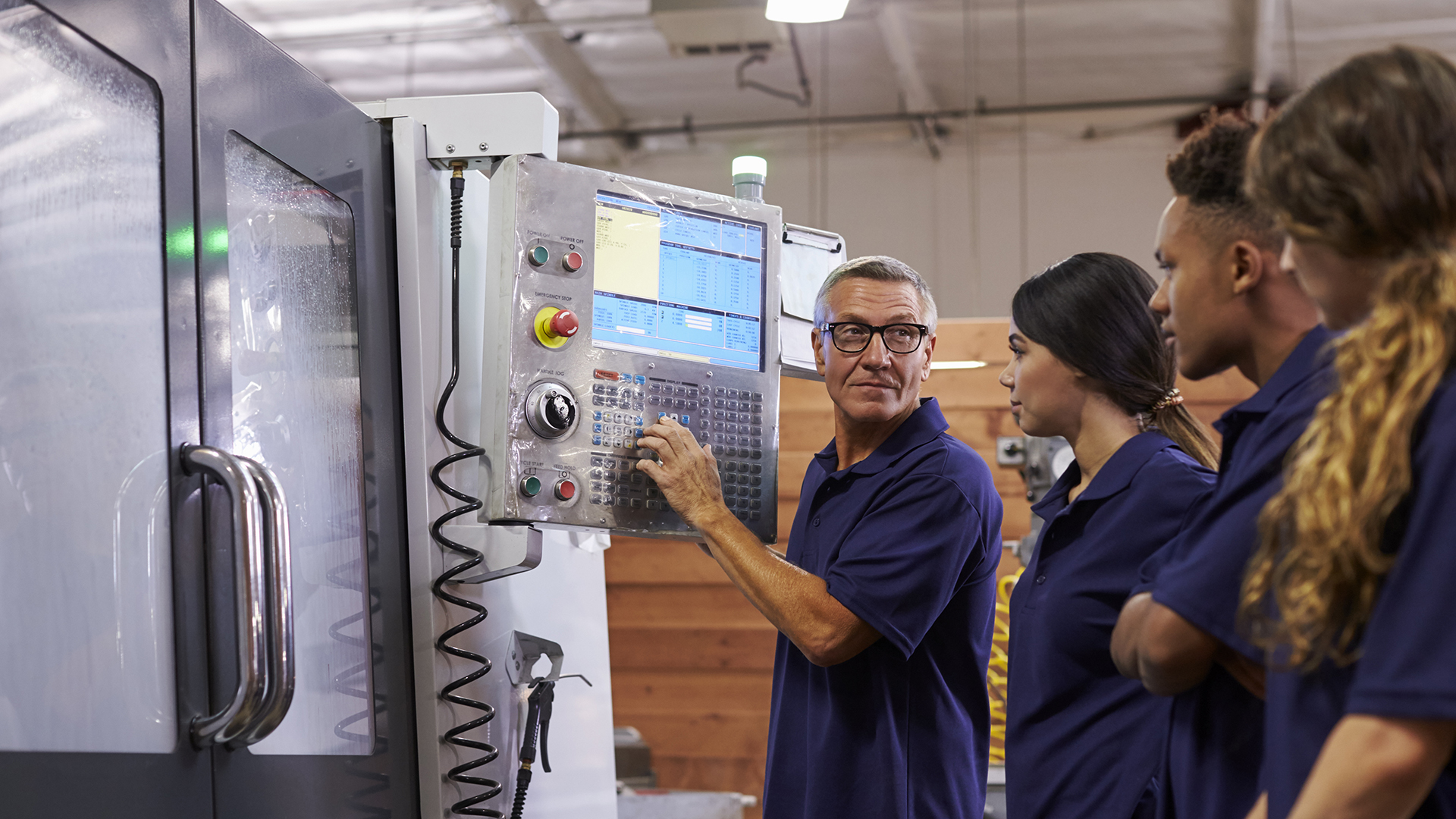 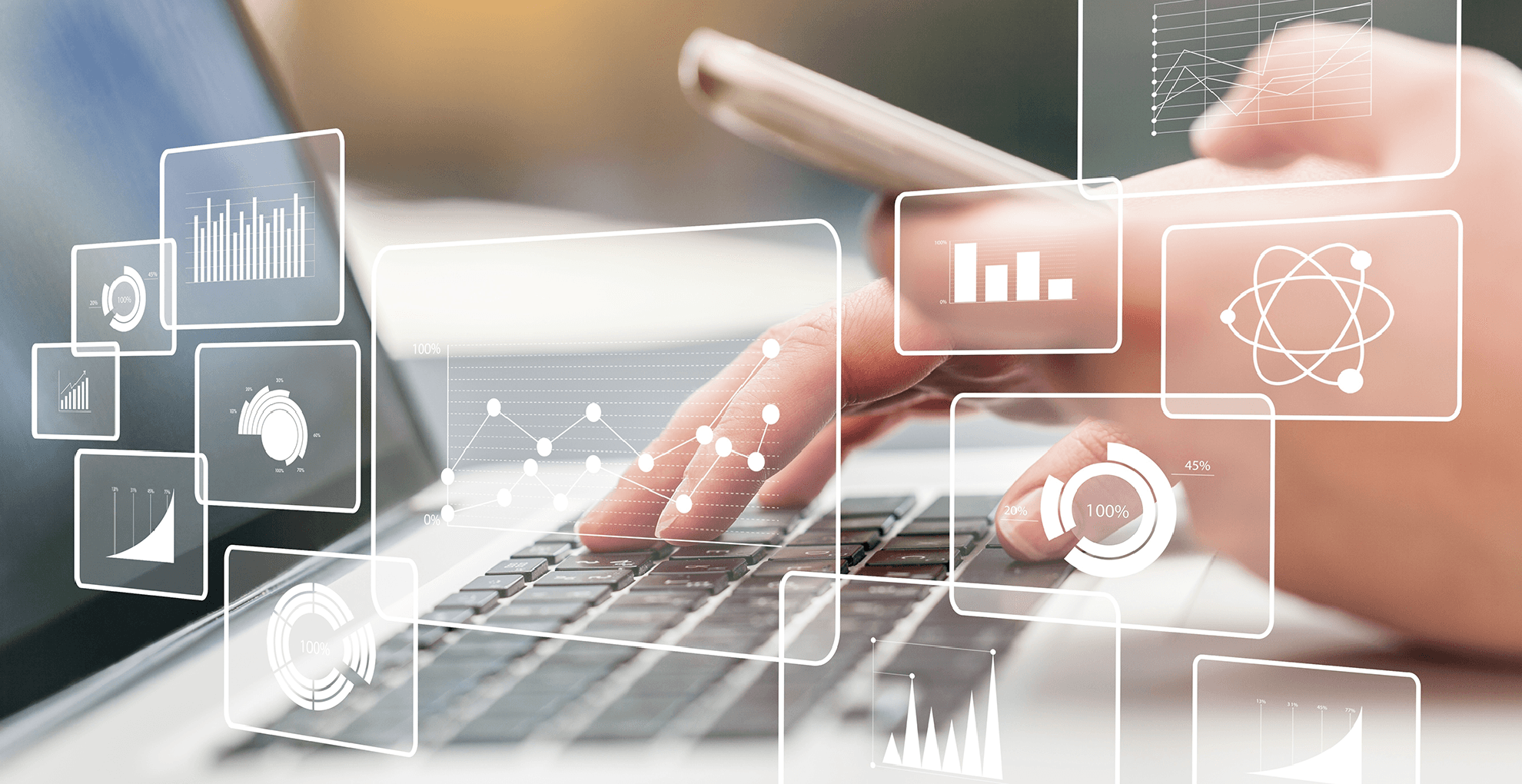